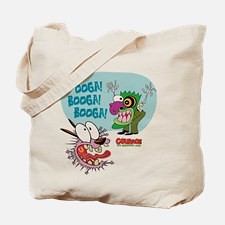 If we keep funding Social Security and Medicare at present levels, America will be broke in eight years. So said a Republican congressman on NPR. It’s ooga-booga, no different than stirring up poor whites with lies about inner-city blacks coming for their women.

You know how Republicans always say we shouldn’t enact new programs without making sure they’re paid for first? That’s exactly how Social Security and Medicare were set up, with a trust fund paid for with FICA payroll taxes levied on workers and employers. Oh yeah, America spends more than it takes in, but Social Security and Medicare aren’t the culprits. If the deficit’s keeping you up nights, you might want to take a look at wars and military spending.

Hard-core conservatives don’t want taxes at all. They don’t want any government spending other than national defense. They say if we eliminate taxes along with government programs and regulations, business will thrive. Business will build and maintain the roads, rails, and airports it needs. Workers will be free to take care of their own medical needs. Fire departments will be privatized, along with education. The free hand of the market! They say the reason it’s never worked is because it’s never really been tried … just give them a few years under a conservative president and congress and they’ll prove it really works.

All the proof anyone needs is Somalia (where I sincerely hope the soul of Ayn Rand has been reincarnated). Deficit ooga-booga tries to obscure the basic truth that money for government spending comes from taxes, and if you need more money you raise taxes. How did raising additional tax revenue become a taboo topic? Why can’t we lift the income cap on FICA taxes? Why can’t we add a two- or three-cent infrastructure rebuilding tax to fuel purchases? Why can’t we add a tax to food purchases to fund food stamps? Why can’t we impose a higher tax rate on corporations and the wealthy? Because Grover Norquist says we can’t? Let him move to Somalia!

A couple of days ago Speaker of the House Paul Ryan said he doesn’t understand why healthy people should subsidize medical care for the sick. Dude, the Trumpcare plan you’re pushing, like Obamacare, is health insurance, and the healthy subsidizing the sick is how health insurance works. People pool their money in a fund to help folks out in emergencies. Most of them will never need help, which ensures there’ll be enough money in the fund to cover those emergencies. That’s the very definition of insurance. The fuck is wrong with your brain? Oh, right … you’re a Republican.

And really, all government assistance programs are based on the insurance model, designed to ensure help will be there when it’s needed. I’m happy to kick into the pool. There’s no way I could have paid for that knee replacement on my own, and I hate to think what life would be like from the seat of a Rascal scooter (which I couldn’t afford on my own either). I’m happy to kick in for good roads, clean air and water, public libraries, health care, and a basic level of retirement income for the elderly … even if it does mean blah people will enjoy the same benefits (and that, I believe, is the real beef Republicans have with taxes). I’m willing to contribute my share, so long as corporations and the wealthy do too.

And if we need to increase taxes to European levels, so be it. As long as we all pay our share and the money doesn’t go straight into the kleptocrats’ pockets.

Now: Rachel Maddow and Trump’s tax return. Turns out that in 2005 Trump paid taxes of $36.6 million on an income of $153 million, a tax rate of approximately 24%. When Rachel Maddow tweeted she had a Trump tax return and would disclose the details on last night’s show, I thought she might be over-selling what she had. When the show started and she went into her standard 20-minute buildup, not holding up the tax return until the 20th minute and then breaking for a commercial, I knew she didn’t have much.

During her 20-minute buildup, she rehashed the main points of every Trump/Russia connection she’s discussed over the past few days, and I wondered what the tie-in would be with a single Trump tax return from 2005. Well, guess what … there was no tie-in. She over-sold the story bigly. Sad!

But I’m not going to join the anti-Maddow chorus. Rachel’s been digging deep into Trump’s Russian business and campaign connections, night after night getting closer to unraveling how Putin helped Trump and why, and meanwhile everyone else is still breathlessly reporting on Trump’s days-old tweet accusing Obama of tapping his phones. She’s doing real work, work Congress or the FBI should be doing. Even if Trump himself leaked this 2005 tax return in order to make himself look good, even if Rachel got played this time, she’s still digging … and it’s likely this first trickle of Trump tax information has primed the pump for more. Go, Rachel.

This morning, anti-tax deficit ooga-booga types are trying to put a positive spin on Maddow’s story. They’re pointing out that Trump’s 2005 24% tax rate is higher than the rates paid by other business tycoons and corporations. This is why so many assume Trump leaked his own tax return: in comparison to the rates paid by other wealthy individuals and businesses, Trump’s 2005 tax return makes him look like Robin Hood.

I doubt Trump’s newly-gained virtue will survive the disclosure of additional tax returns, returns that are surely coming now. And let’s talk about tax rates: Eisenhower’s idea of a tax cut was to lower the top income tax rate paid by the wealthy from 92% to 91%, and the corporate tax rate in those days was 50%, not the 34-35% it is today.