You Can’t Read That! Banned Book Review: The Confessions of Nat Turner

Many Americans these days are engaged in protest. Reading in public, especially the reading of banned or challenged books, can also be an act of protest.

Not banning by any means, but worrisome: public libraries using automated book-culling software to purge shelves of unpopular titles. I’ve noticed the difference myself at my local library. Yes, you can still request titles, and libraries will still seek them out for you, but what does it say about a public library that a science fiction fan can’t find a single title by William Gibson or Philip K. Dick on the shelves, or a detective thriller by the immortal John D. MacDonald?

In my last YCRT! post I mentioned the banning and reinstatement of literary classics at public schools in Accomack County, Virginia. Subsequent to that, a bill was introduced in the Virginia legislature to “red-flag” books with sexual content. This has come up before in other states. The most worrisome aspects of book labeling, to me, are who gets to decide what is sexual content, and the chilling effect putting a “sexually-explicit” label on, say, “The Diary of Anne Frank” or “Brave New World” would have on teachers who want to assign the books. Bullet dodged for now: the Virginia State Board of Education has rejected the proposal.

Another follow-on from a previously-mentioned story:

Resident Rick Ligthart came with a prepared statement of changes he wanted in the district’s policy.

“Regardless of the books, I’m recommending to the board that no literature whatsoever be inclusive of literal metaphorical, figurative or allegorical words for male or female genitals,” he said. Identifying himself as a former tenured school teacher he said, other than exceptions for state-mandated sex ed, “English classes should not be involved in sexuality in literature for our kids. It shouldn’t be in any books. No books.”

So who is this “resident” and “former tenured school teacher”? This guy, a professional Biblical exegete (Koine Greek), hermeneutics and apologetic Hamartiology (sin) consultant.

It’s nice to know that once in a while, parents will rise up in defense of challenged books and the teachers who assign them to students. In this case, the book is Orwell’s “Animal Farm,” mysteriously dropped from the eighth-grade reading list in Stonington, Connecticut. 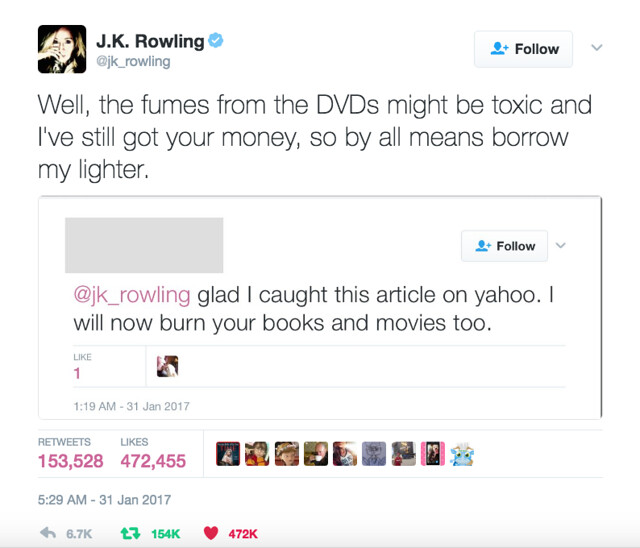 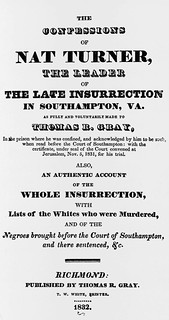 This is the original “Confessions of Nat Turner,” not the 1967 William Styron novel but a 24-page summary of an interview with the actual Nat Turner, written by Thomas R. Gray, a lawyer seeking to cash in on the sensation surrounding one of the few slave revolts to occur in the American South.

Starting with six accomplices, Nat Turner led a short-lived uprising in the Virginia countryside in August, 1831. Starting in the dark of night, Turner and his group went house to house, murdering white farmers and slave owners, many in their sleep. As more slaves joined along the way, Turner’s army grew to 60 men. In 36 hours, they killed 10 men, 14 women, and 31 infants and children. By noon of Tuesday, August 23, white militias ended the revolt, killing, capturing, and dispersing Turner’s army. Turner himself evaded capture for several weeks. Once caught, he was quickly tried, convicted, and hanged. Gray, who represented Turner at his trial, conducted his interview with Turner in jail and then published his pamphlet.

Gray claims he quotes Nat Turner extensively, but it’s hard to tell whether the words we read are his or Turner’s: Gray didn’t use quotation marks, and sentences that are clearly judgments on the part of Gray are mixed together with sentences purportedly uttered by Turner. It’s no fun to read: Turner, an educated slave who could read and write, a minister to fellow slaves, had been odd since childhood and thought his revolution was directed by God. The revolution amounted to little more than a killing spree, depressingly squalid and cruel, and there really is no message in Turner’s confession. There was no plan; no hope of success.

My interest in “The Confessions of Nat Turner” was piqued by references to its banning in the South. After Turner’s uprising, several Southern states passed laws making it illegal to teach slaves to read and write. Turner’s failed revolt ended hopes of abolition in the South while spurring abolition movements in the North. “The Confessions of Nat Turner” was one of many elements in the polarization between North and South, ultimately leading to the Civil War. In this context, it is easy to see why authorities in the South would want to suppress the book. No doubt, as always, banning led to runaway sales, padding the pockets of Thomas R. Gray.

*Reference sites list the author of “The Confessions of Nat Turner” as Nat Turner, but if you read it I’m confident you’ll agree the author is plainly Thomas R. Gray.

2 thoughts on “You Can’t Read That! Banned Book Review: The Confessions of Nat Turner”