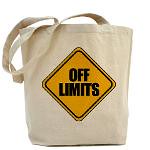 Don’t go there. I hear that all the time.

Over the weekend I read that Tony Stewart, a well-known NASCAR driver, ran over and killed another driver at a racetrack in upstate New York.

I was a car racing fan until my mid-20s, when I went to a stock car race in Enid, Oklahoma. A couple of laps into the main event three or four cars collided in front of the stands, blocking the track. The flagman ran onto the track furiously waving his red flag. Another car came accelerating out of the corner and slammed into the stopped cars, followed by four or five more, wham wham wham. It was a spectacular pileup. A second later the announcer said “Where’s the flagman?” He’d been there. Suddenly he wasn’t.

And then I saw him. There was a little bundle of black and white clothing by the infield fence, about 200 yards from the wrecked cars. It looked like a pile of laundry. The ambulance pulled in front of that little bundle and blocked our view, but not before everyone else had seen him too. Five minutes later, as they were finishing clearing the track so the race could resume, the announcer told us the flagman was DOA.

I’m not saying anything here that hasn’t been said a thousand times: everyone understands a significant number of auto racing fans are drawn to the sport for the crashes and the possibility of seeing someone die. There’s always been a bread and circuses element to motor sports. Race fans don’t like to see this discussed because, I’m guessing, they feel it will damage the sport and lead to additional restrictions and regulations. Bring any of this stuff up to a NASCAR fan, he’ll wish you hadn’t.

Same thing with the Tony Stewart incident last weekend. I posted a sardonic remark on Facebook: “At last, NASCAR is beginning to live up to its full potential.” Within minutes, a friend straightened me out by telling me the race wasn’t a NASCAR event. Another friend said “Let’s not go there. Tony Stewart is known to be an ass.”

The first comment reminded me of the NRA guys who jump on anyone who dares to comment on mass shootings.  You know, the ones who say “If you don’t know the difference between an AR-15 and a Kalashnikov you aren’t qualified to have an opinion.” The second comment baffled me, and still does. Oh, I get the “let’s not go there” part. It’s the “Tony Stewart is known to be an ass” part I don’t understand. You see, a lot of the journalists reporting on the incident are quoting fans and witnesses who say they think Tony Stewart deliberately hit the other driver.

I do not know whether Tony Stewart deliberately hit the other driver, or if it was an unavoidable accident. Presumably race officials and local law enforcement are reviewing the tapes and interviewing witnesses, and there’ll be some sort of investigation. But if it turns out Stewart did hit the other driver on purpose, then he’d be something more than a mere ass. He’d be a murderer. So what was my friend saying? “Let’s not go there because this guy is known to be a bad actor, so he was just doing what comes naturally”? Or was he saying “Let’s not go there because even though this guy is known to be an ass, we don’t really know what happened”? Or was he just saying “Let’s not go there because it makes me uncomfortable”? Well, I’ll be seeing him in September, and I’ll ask him then.

I occasionally comment on aviation accidents, particularly when the evidence suggests the pilots are at fault. Fellow pilots will sometimes warn me off. Don’t go there. But in addition to being a pilot, I was also a flight safety officer. I personally investigated three major accidents and supervised the investigations of at least twelve more. I know first hand how often pilots are at fault (hint: at least 90 percent of the time), and I don’t believe in ignoring the obvious.

The other day I took sides with Israel in the current conflict with Hamas. I thought I took a pretty strong pro-Israel stand, but two Jewish friends got on my case because I wasn’t pro-Israel enough. I had expressed some sympathy for non-combatant Palestinians trapped in Gaza and suggested that part of the solution, in addition to Hamas recognizing Israel, would be for Israel to stop building settlements in Palestinian territory. Even that little bit was too much for them. Don’t go there.

I wrote about women aviators in the military. Commenters brought up Kara Hultgreen, a Navy F-14 pilot who crashed while attempting a carrier landing. One of the commenters wanted to turn my pro-woman aviator post into an anti-woman aviator rant, bringing up all sorts of scurrilous rumors and accusations that came out in the months after Kara’s crash. There was such a strong Don’t Go There reaction to that particular commenter, Daily Kos administrators booted him from the thread (or so I was told later by another commenter). Well, at least that once it wasn’t someone telling me not to go there!

Some subjects are radioactive and I avoid going there without needing to be told. Robin Williams, suicide, and depression, for example. Obviously, everyone is talking about Robin Williams, suicide, and depression right now, but there’s a strong Don’t Go There vibe to the discussion, at least as it pertains to talking about how goddamn hard it is to live with people suffering from depression. The person who suffered from depression up and killed himself, and for anyone to talk about how hard it might have been to live with him, well, doesn’t that kind of pale by comparison? Suck it up, pussy, you’re not the one dealing with devils.

Depression sufferers don’t understand depression. Doctors who treat people with depression don’t understand it either. Families and friends of people who suffer from depression probably understand it least of all. Those of us who live with people suffering from depression know how hard it is, but saying so, even beating around the bush about it, makes us look horribly unsympathetic, so we don’t. And the little I just said about it makes me look like I’m trying to make Robin Williams’ suffering and suicide all about me, which is just as bad, so I’m not going there!

One thought on “Tuesday Bag o’ Don’t Go There”