I asked about shaving after my photodynamic therapy session yesterday and the dermatologist said not for five days. Hell, I may as well start another beard. Maybe I will.

Mister B was annoyed I didn’t offer to take him for a walk this morning, but Polly did and he’s happy now. She said while they were out he met his nemesis, a neighbor’s big brown dog, the two exchanging snarls while straining at their leashes. Our old girl Schatzi’s enemy was an Akita who lived around the corner. Do dogs base their like or dislike of other dogs on scent or appearance? You would think scent, but Schatzi would go ape every time she saw the Akita through the family room window, so with her at least it was visual.

My friend from Virginia sent me a letter and I’ll write back later today. I always try to write about things I don’t blog about, because he reads the blog and I’d feel like a cheater sending him the same stuff. The hell of it is, after I think of things to share with him, I want to share them here. Sometimes I’ll actually wait two or three days before I do, so that he’ll know he read it first! This may be a problem unique to bloggers … maybe a problem unique to me, one of the bitter few still clinging to blogs.

Will anyone get the bitter & clinging reference? It’s something Obama said during his first presidential campaign in 2008, Talking about working-class voters in old industrial towns decimated by job losses, he said: “They get bitter, they cling to guns or religion or antipathy to people who aren’t like them or anti-immigrant sentiment or anti-trade sentiment as a way to explain their frustrations.”

He was right as far as he went. I’d have gone further: people have always taken out their frustrations by blaming the Other, which is a fancy way of saying we’re racist. Racism was and is and always will be our problem. It’s easy to blame racism on stupidity, and … well, shit, IMO the two are one and the same. We suck, and we suck because we’re stupid, and one of the primary manifestations of stupidity is racism, and we’re about to play it out on a massive scale with the Coronavirus.

Say what? “38% of Americans wouldn’t buy Corona ‘under any circumstances’ because of the outbreak, and another 14% said they wouldn’t order a Corona in public.” Does that percentage correlate with the Trumpian base? Your honor, the prosecution rests.

An airplane is finally out of restoration and on display at the air museum, and although I no longer work there I’m still a member and want to see and photograph it. I’ll have to wait a couple of weeks since I’m supposed to stay out of the sun, and as you can see sunlight is one of the the air museum’s main features. 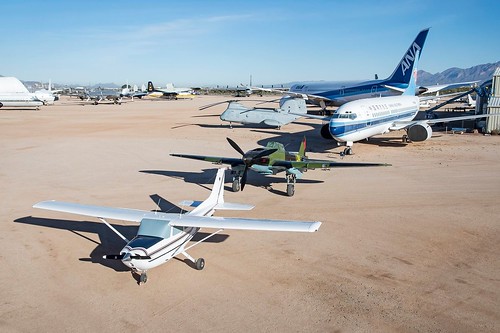 The airplane I’m interested in is the one in the middle, a super-rare Il-2 Sturmovik, the most produced aircraft in history (the Russians built 36,000 of them during WWII). In this photo, it’s lined up with two other “most produced” aircraft, a Cessna 172 and a Boeing 737.

Here’s what it looked like a couple of years ago: 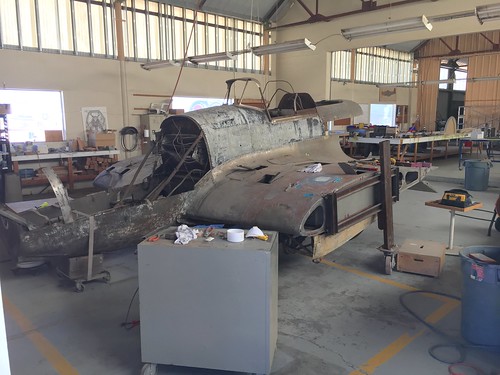 Now if only my dermatologist could work a similar miracle on my face!