A Night in the Fever Swamp (Updated & Clarified) 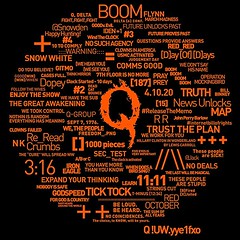 My worldview has always been based on observation; I strive to interpret what I see in as straightforward and commonsense a manner as possible. I see smoke, I expect to see a fire somewhere nearby. I see cops routinely beating and killing black people while treating whites with deference and respect, I see institutional racism. I see the body of established fact about Donald Trump’s business practices and marital infidelities, along with credible accusations of other misdeeds, and I see a man who’s not to be trusted.

And yet there are those who can observe the same things and interpret them differently. The worst of the lot are QAnon followers. They see what you and I see and conclude instead that Trump is a savior sent by god to break up, arrest, and punish a vast network of pedophiles. That the 50,000 pedophiles he’s after are all people who have spoken out against Trump or his policies almost goes without saying. That it’s all wrapped up in fascism, racism, and anti-Semitism also goes without saying. The ring is led by Bill and Hillary Clinton, who run a giant underground child sex trafficking operation out of the basement of a pizza parlor in Washington DC. But wait, they’re not just pedophiles … they’re pedovores! That’s right, they eat children after having their way with them, then inject themselves with adrenochrome, a drug distilled from the adrenalin of their victims. Tom Hanks is addicted to the stuff, and Oprah too!

Oh, and Mueller isn’t really investigating Trump. That’s a false flag to lull the pedophiles into complacency. In actuality, Mueller is working in secret with Trump and the military (shhh!), and any day now they’re going to declare martial law and start rounding up the enemy, not just the 50,000 but the entire Deep State, the CIA and FBI included (never mind their conflicting attitudes toward Mueller; they’re experts at coming up with spur-of-the-moment rationalizations of contradictory beliefs). They call the coming roundup “the Storm” and keep telling one another it’s almost upon us, that Hillary will be frog-marched all the way to Guantanamo any day now, just you wait and see. The battle plan is spelled out in a series of coded messages and tweets by an anonymous figure who calls himself “Q.” Some of Q’s followers claim Q is none other than JFK, Jr, who faked his death several years ago in order to go underground and lead the fight against the Clintons and their blood-stained satanic followers. Occam’s Razor? Never heard of it!

Think I’m kidding? They’re even crazier than that … or so they pretend. Rather than roll over and accept that some of our fellow humans, equipped with brains at least biologically similar to yours and mine, can smell smoke and think it means someone left the freezer door open, or listen to Trump’s third-grade schoolyard taunts and hear a fourth-dimensional chess master at work, I trust my own powers of observation. And I come the same conclusion about QAnons that I have come to with Flat Earthers: neither group believes any of the shit they say. They want to provoke. They want to own the libs. That’s what I think is going on. There’s no other interpretation that makes sense.

It’s also worth noting that as outrageous as QAnon followers pretend to be, they have animal cunning in spades. What’s the one accusation no one can contest without looking even more guilty? Pedophilia. It’s the oldest smear in the book.

Last night a prominent QAnon figure on Instagram said of Trump that he is “the only president to combat sex trafficking.” He’s what? I lost it and lobbed a turd into the punchbowl:

More like the only president to be credibly accused of having it off with a 13-year-old girl in a friend’s penthouse, then threatening to harm her and her family if she ever talked about it.

In Q’ville such things are not said. Here’s one of the milder responses to my comment:

Maybe you should have a family member murdered or raped by an illegal alien but then you wouldn’t even get it you probably wouldn’t get it if they raped you. And you might get it if they murdered you you make the choice.

Dude, by the look of the people you hang with in the pictures I bet you wear a pussy hat. You look like a typical cookie cutter liberal and probably a baby rapist yourself.

The second response makes it obvious that’s it’s all about owning the libs. And do I feel owned!

Did you know you can buy a pink pussy hat on Amazon? You can. And I’m thinking about buying one, just because of what the National Enquirer tried to do to Jeff Bezos (but at least Mr. Pecker didn’t lead off by accusing him of pedophilia … as QAnon followers have already done). Oh, and also so I can wear it next time I hang with these baby rapers: 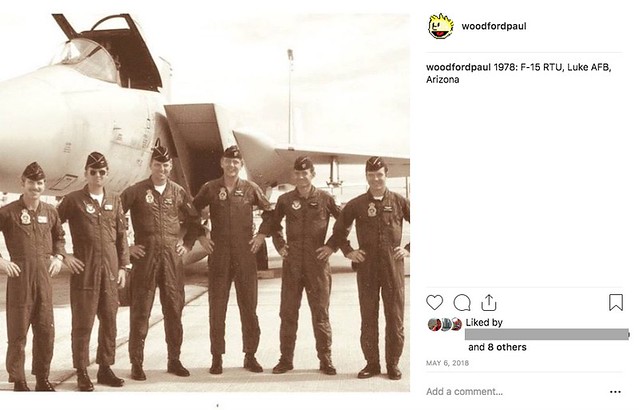 But maybe he was thinking of this photo: 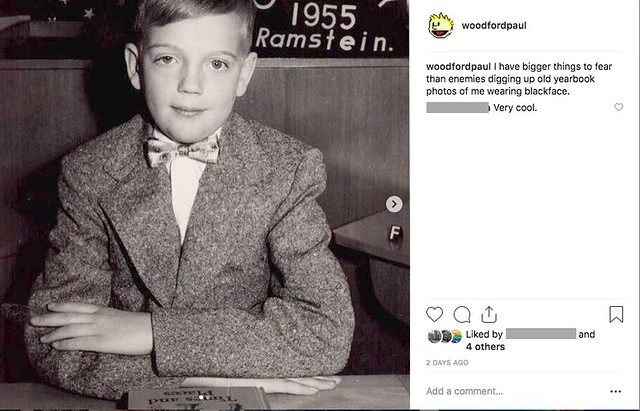 Update & clarification: I cross-posted this to my pwoodford diary on Daily Kos, where a commenter pointed out that QAnon is just the latest manifestation of racism and anti-Semitism that’s been around forever. I agree. I was being tongue-in-cheek when I asserted QAnons only say the shit they say to own the libs. Sure, that’s part of it, but many of them mean what they say. Every insane word of it. Like this young lady, who goes by robotinteriors on Instagram:

These QAnon/Pizzagate folks seem like a reasonable group of people. pic.twitter.com/tVmXEsdrbK

Just today RobotInteriors decided to revive the anti-Semitic “poisoning the well” trope of the Middle Ages, using a recent fentanyl bust as her springboard. She literally suggested the shipment was destined for the nation’s water supply, and praised Trump for stopping the plot. Another QAnon cheerleader (lizcrokin on Instagram) often uses images of Pepe the Frog (a racist/white nationalist symbol popular with the alt-right) in her posts.

Fifty or sixty years ago, these people would have been background figures in newspaper wire photos from Little Rock, faces distorted by hatred as they scream at black children being escorted to school by federal marshals. Today they have a powerful social media platform and are capable of doing immense damage. Despite my flippant comments above, I take the threat very seriously indeed.

One thought on “A Night in the Fever Swamp (Updated & Clarified)”