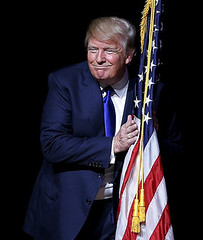 It’s the week when, in folklore, nothing happens; the quiet peaceful interlude between Christmas and the new year. In actuality, the world keeps on turning: we’ve merely turned our attention inward, away from genocide, starvation, war, terrorism, slavery, mass shootings, corruption. We pretend it’s a season of tolerance and love, and maybe it is … in our own homes, inside the warm circle of family and friends.

A couple I once quite liked turned out to be Trumpites. I don’t want to see them, because I’m afraid I won’t be able to restrain myself. It’ll be angry words and hurt feelings all around, and what’s the point because no one will change, etc.

They invited us to dinner between the holidays, and under the influence of the season I felt the urge to accept, to declare a Christmas truce of temporary forgiveness. The decision was taken out of my hands by Donna, who reminded me we have more company coming and can’t go anyway. Sooner or later, though, I’ll have to decide whether to see these former friends again.

We’ve known them for years. I know they think of themselves as good people. They don’t see themselves as racist. They’ll tell you they’re the embodiment of the civic, religious, and personal values we were all raised with. They’ll tell you they love their fellow man. And I’m sure they do … so long as those fellow men are part of the circle they care about: their family, their friends, members of their social and economic class.

I wasn’t nearly as shocked when our friends embraced Trump. It’s not like they’re sexual predators or pedophiles. They did, however, stand up for pretty much everything I hate. Can we still be friends? Not really. Can we maintain a friendly, or at least not openly hostile, relationship as acquaintances?

All these compromises. So many shades of gray I can’t remember the last time I saw white or black.