Looking for photos to add to my Promise of Air Travel folder on Pinterest, I came across this: 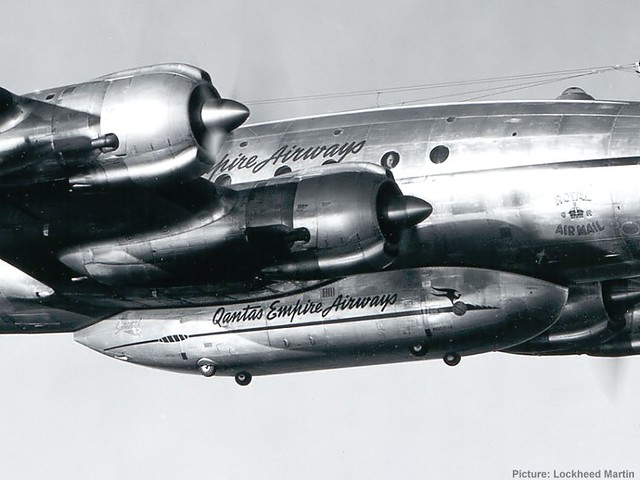 It’s a Speedpak, a conformal cargo pod or pannier designed by Lockheed for its Constellation aircraft. It wasn’t used for passenger luggage but for extra cargo. It appears to be the grandfather of the conformal cargo pods seen on Fedex’s Cessna Caravans today: 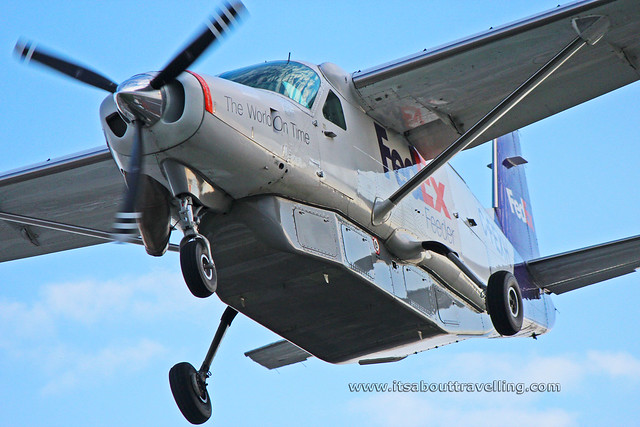 To my knowledge, Cessna Caravan conformal pods are permanently mounted Like Lockheed’s Speedpak, the Cessna Caravan’s cargo pod is designed to be easily attached and removed on the ground. Earlier models of the Constellation had four Speedpak mounting points under the fuselage (later Super Constellation models were longer and thus had increased cargo space, and did not include the mounting points).

The Speedpak was used by airlines to ship supplemental freight. It was loaded from the top while detached, then wheeled into position beneath a Constellation’s belly. Built-in electric winches and cables hoisted it into position. It had no provisions for heating, air conditioning, or pressurization, so there were limits on what kinds of freight could be carried. At the destination airport, it was detached and unloaded.

Eastern Airlines and KLM were the first customers to order and use Speedpaks, followed by other airlines. There were penalties to be paid in drag, speed, and range, but they did generate additional revenue for the airlines that used them.

Naturally, when I saw that first Speedpak photo, I thought of the conformal fuel tanks I sometimes flew with in the F-15 (and of similar CFTs used on fighters like the F-16, F/A-18, and the Eurofighter Typhoon). CFTs can’t be jettisoned in flight (neither could Lockheed’s Speedpaks), but they can be removed on the ground, and the aircraft that use them can and do fly without them, distinguishing CFTs from the hump-like “distended internal tanks” used on fighters like the English Electric Lightning.

These photos show an F-15C being loaded with side-mounted CFTs, and a Singaporean F-16 with CFTs mounted above the wing roots:

Earlier versions of CFTs date back to WWII, where they were used to extend the ferry range of prop aircraft. These photos show conformal tanks used for FH Phantoms, the Navy’s first carrier jet fighter, and a Phantom with one mounted beneath:

Military aircraft have always carried external stores: bombs, rockets, missiles, fuel tanks. Fuel tanks and rocket pods are streamlined to reduce drag, and some manufacturers are beginning to offer streamlined (though not stealthy) externally-mounded weapons pods. Externally-mounted stores, though, are meant to be expended or jettisoned in flight. Conformal stores, whether designed to carry freight, fuel, or weapons, are a different animal: you carry them from takeoff to landing, since they can’t be jettisoned.

There is, of course, an exception: 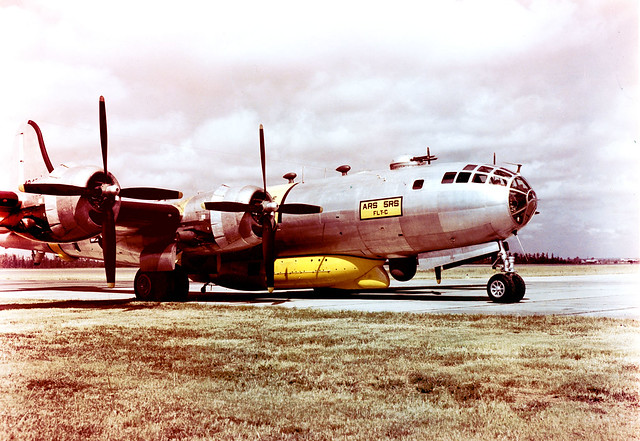 That’s an Edo A-3 lifeboat, conformally mounted to a B-29 bomber. Modified SB-29s circled off the coast during the Korean War, prepared to drop lifeboats in the event bombers returning from strikes inland had to ditch in the ocean. The lifeboat was equipped with food and water, could carry up to 15, and had an internal engine. The British used a similar conformal lifeboat, carried beneath modified Avro Shackleton aircraft.

Tell you what, though … you  wanna talk conformals, check out a couple that made it all the way to Mach 6.7: 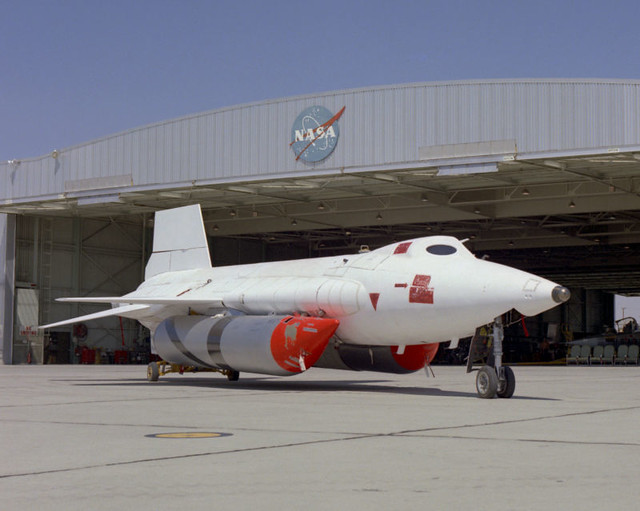