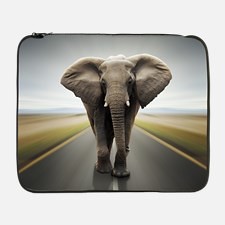 Donna asked today how The Book’s coming along. She prods me every couple of weeks, usually when I’m in the middle of a blog post. She thinks blogging is at worst a waste of time, at best a way to put off serious writing.

I admit that when I started blogging I hoped my talent would be recognized and rewarded (hey, it’s happened for other bloggers). To some extent it has been: I’ve written for Hash House Harrier magazines. I write book reviews for a couple of publishing houses. I contribute aviation articles to a major air museum newsletter. So far, though, my only payment has been “exposure,” and you know what they say about exposure? Right … people die of that.

No, they aren’t going to come to me. I have to write a manuscript that’s worth publishing, go to them, and sell it. Or self-publish and market myself. What sort of book? Three obvious ideas: compile the flying posts into a book, write a memoir, cook up a novel with a military aviation theme. I know I should do something, and here’s how I know it: the spasm of guilt I feel whenever Donna brings up The Book. Every time she reminds me, I make a fresh resolution to start drafting an outline. But then I think “Who’s going to pay to read anything I write?” I’ve learned enough about writing to know every writer has the same dark thought, and that it’s a roadblock to getting anything done. But what a roadblock it is.

And here’s another: I like blogging. I like it that people read my blog. I feel good when I put up a fresh post. So while I may never get past the first roadblock, at least the second one feels like an old friend.

So, what to write about today? Well, this has been making the rounds:

“What I like about Trump is he says what he means.”

“So when he said that thing about Second Amendment people …”

“THAT’S NOT WHAT HE MEANT!”

I don’t want to talk about Trump. I’ll just say this: it doesn’t matter what he meant when he suggested “Second Amendment people” might do something about his rival. What matters is that he said it, and that some of his supporters might try to follow through. It’s not what he meant, it’s what he said.

The Olympics? I’ve never hated network TV as much as NBC’s Olympic coverage is making me hate it now. Thank goodness for cable and streaming TV … not that you can watch the Olympics there, but at least there’s decent ad-free programming.

Critters? Yeah, that’s the ticket. Yesterday was a shared birthday. Schatzi turned 11 and Chewie turned 21. I took Schatzi to her favorite place, the old-fashioned country feed store by Pantano Wash, and let her pick out a new squeaky toy. I’d have bought something for Chewie, but she doesn’t like anything. Except for Schatzi, and that’s a new development. I’ve mentioned how Chewie’s behavior is changing as she nears the end. One of the changes is palling around with the dogs, Schatzi in particular. Schatzi has her doubts about it, as you can see:

Dad, Chewie’s on my side of the couch!

One thought on “Hello Roadblock, My Old Friend”