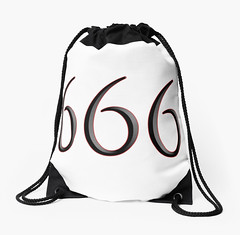 As cynical and jaded as I’ve become, headlines like this still induce rage: A Black Man Brought 3 Forms of ID to the Polls in Wisconsin. He Still Couldn’t Vote.

As a boy, my sense of justice was acute. I threw tantrums when I thought mom or dad treated me unfairly. Apparently I’ve never gotten past that. Knowing elected officials are turning people they dislike away from the polls makes me want to throw bricks and Molotov cocktails. You talk about injustice, voter suppression is injustice in its purest form.

Whether it’s Republican-controlled Phoenix reducing the number of polling places from 200 to 60 for the recent presidential primaries, or red states setting voting ID hurdles impossibly high for poor, student, and minority citizens, it’s fundamentally unfair. It goes against every value we hold dear as Americans. It’s wrong.

How can we ensure every adult American gets a vote? National ID.

We’re on our way to national ID with something called Real ID. These are state-issued driver licenses and ID cards that comply with federal Real ID standards (all but nine states currently comply). The next step, to my mind, is a federal law that says if you have a Real ID driver license or identity card, it will be your national ID. It’ll be all you need for proof of identity, for any purpose. Once you go through the hoops necessary to obtain that national ID, you can put your birth certificate away … you’re done with it. Every child born in the USA from this point on should receive a national ID along with a Social Security number; those of us already alive should only have to register once.

The whole idea of American citizenship is that every citizen is enfranchised and equal before the law. When every citizen has some form of national ID, and all cities, counties, and states are required to honor it, there’ll be no more bullshit voter ID requirements.

National ID, along with motor voter registration and voting by mail, would put an end to other un-American Republican tricks, such as closing polling places in poor and minority neighborhoods. I was furious when I saw those photos of mile-long lines of people waiting to vote in Phoenix a few weeks ago, but at the same time I couldn’t help wondering why those folks hadn’t registered to vote by mail, as any Arizonan easily can. I’ve voted by mail in every election since 2008, and it works like a charm.

Let me just add one more thing to this discussion: one of my middle names, Quentin, is spelled “Quinten” on my birth certificate. On my driver license and military ID it’s spelled “Quentin.” Why? Because when I apply for different forms of ID I spell it right. On several occasions I’ve had to prove my citizenship by showing my birth certificate along with other forms of ID … to join the USAF, to go to college, to get a VA home loan, to get a passport … and no one has ever said “Hey, it says here you’re Quinten, but here it says you’re Quentin. Get out, you vile imposter!”

I’m white. The guy in Wisconsin is black. Any questions?

One thought on “Friday Bag o’ the Beast”