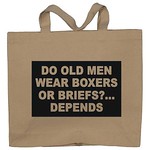 Little to report. Polly continues to hunt for a job between trips to the refrigerator. An elderly hashing friend is here for a few days. He’s been flying down for short visits for several years now, but this may have to be his last … his physical deterioration has turned his visits into an ordeal for us.* Frankly, I can’t believe he still travels at all, but he thinks he’s just fine, thank you very much, and I’ve no doubt that’s what keeps him going. It won’t be fun telling him he can’t come again, but I have to do it.

Schatzi was limping on one of her forelegs yesterday. I checked her paws for thorns and felt her legs for swelling. There was nothing, and she didn’t yip. She’s better today, with just a hint of a limp. I’m gonna guess she got stepped on and no one wants to confess. It wasn’t me, because I’d have spilled my guts right away! Poor little doggie.

I took my motorcycle to a local Honda dealer for a factory recall, an issue with the rear brake. The service manager called to tell me one of the forks was leaking and offered to rebuild both for $450. My friend Ed and I have rebuilt the forks before. The necessary parts, mostly seals and o-rings, cost less than $100, and not only is our labor free, it’s a fun way to spend a day. I declined. Ed and I will do the job.

Our son wants to me to come to Las Vegas and ride motorcycles with him at the end of March. Here’s my first chance to use the new trailer! We’ll load up the Wing and tow it to Las Vegas, then tow it home after a visit and some riding. This way Donna and the dogs can come along; in fact that’s exactly why we got the trailer in the first place.

Donna and the dogs? I’d better reword that. Speaking of Donna, a friend from Sacramento sent some old snapshots via Facebook. They date from 1967 or 68, shortly after Donna and I returned to California from Germany. Wow. Get a load of the floozy and her lounge lizard in the middle photo!

I recently blogged about inverted values on the right, wondering what’s wrong with people who see Trump’s bullying as a virtue. The other day singer Bette Midler tweeted this passage from Joseph Heller’s Catch-22. She accompanied it with a photo of the Trumpster, just in case anyone failed to get her drift:

It was miraculous. It was almost no trick at all, he saw, to turn vice into virtue and slander into truth, impotence into abstinence, arrogance into humility, plunder into philanthropy, thievery into honor, blasphemy into wisdom, brutality into patriotism, and sadism into justice. Anybody could do it; it required no brains at all. It merely required no character.

Word. Birds of no character flock together. I think it’s time to read Catch-22 again!

Speaking of reading, I’m tackling Anne Frank (The Diary of a Young Girl) again. I’ve forgotten most of the books I read as a child, but not this one. I wonder if I can get through it this time without bawling. As an adult I’ve become interested in the suppression of books (as you may know, I write a semi-regular column on banned books). This is one of the reasons I’ve decided to read Anne’s diary again. Most attempts to ban it have been motivated by anti-Semitism and Holocaust denial; more recently by prudish squeamishness over passages Anne wrote about her body and developing sexuality. Those very personal pages and paragraphs were kept under wraps by Anne’s father Otto Frank during his lifetime, but have now been included in an unexpurgated edition, which is the one I’m reading.**

*I realize I come off as selfish and uncaring when I say our elderly friend’s visits have become an ordeal. A little clarification: he’s incontinent. He shits his underwear and also the toilet seat in our guest bathroom. He reeks of urine. He never cleans up after himself, almost as if he’s unaware of the shitting and pissing. We have to clean up after him, including, after his recent visits, scrubbing the furniture, bedding, and car seats he’s used. Last night, during dinner at a nice restaurant with a mutual friend, he literally pissed himself. He can barely walk. When I had a total knee replacement a few years ago they gave me a walker; this visit we took it down from the rafters over the garage and are making him use it, afraid he’ll fall otherwise. On previous visits, we’ve had to take him to emergency rooms and clinics for throat and bowel obstructions. The man needs a full-time nurse. And I have to look him in the eye before he leaves for the airport Sunday and explain to him why we don’t want him to visit again. God knows what kind of Gypsy karma curse I’m about to bring upon myself!

**As with Anne Frank’s diary and the embarrassing passages Otto Frank withheld from publication during his lifetime, I fully expect Donna to shut down this blog the moment I die, lest anyone else read some of the things she’d rather I didn’t write about. Like our elderly friend’s incontinence and our fears of getting old ourselves and becoming like him. Or our daughter’s unending, self-inflicted troubles. My blog, like Anne Frank’s notebooks, is a diary, sometimes a very personal one. It’s just that I’m more willing to share.