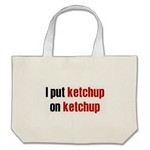 I’m outraged at so many things, but nothing I say … nothing twenty thousand equally outraged bloggers might say … will stay human idiocy from its appointed rounds. Oh, never fear, something will come along to supercharge my outrage. When it does I’ll post another moral/political rant. Until then, I’ll continue to offer personal updates and random observations.

So, what’s up? Me, and early. I rolled out of bed at a quarter after six and went out back to clean up dog poop and adjust the chemicals in the spa. As I was finishing I realized the sprinklers would be going off any second; almost literally the second I finished they did. I took that as a good omen for the day. Next I wheeled the motorcycle out of the garage and washed the accumulated dirt of four western states off it, then wheeled it back in the garage and dried it. I then sat down at the computer to post some Donkey Hote tweets and check in on Facebook. While there I learned of a new social media entity called Ello and applied for membership (it’s still in beta and you can’t join without an invitation, but there’s a waiting list and I’m on it). Then I took a shower.

Are you an NPR listener? If so, you will appreciate how quickly I got all these chores done: as I toweled off after my shower, I realized NPR was still recycling the morning news on our bathroom radio. If you are not an NPR listener, you’re probably saying meh.

And THEN Donna made breakfast, which I’ve just finished. It’s only half past ten! I love getting up early and getting things done!

What’s on for the rest of the day? Book club at one, that’s what. We’ll be talking about banned graphic novels. Sadly, the one my fellow members selected as our monthly read (Neil Gaiman’s The Sandman) was little more than a comic book and I didn’t think much of it, but I’ll do my best to bite my tongue, or at least confine my comments to why some people want to ban it.

I told an old friend I was in a book club and she said she’d tried one once but the people in it only wanted to read trash and she never went back. To be sure, my book club gravitates toward the lowest common denominator as well, but there are a couple of us who push for more rewarding monthly selections, and we prevail often enough that I’m willing to stay. Besides, I’m not just in it for the reading; I’m trying to expand my social circle. I like the other members; I think they like me … book club’s as much a social event as a literary one, and I think my friend deprived herself of something important by pulling back to her lone-wolf reading ways.

I mentioned earlier that our nine-year-old dachshund Schatzi seemed to be having problems with her near vision. While I was away on my motorcycle trip Donna took Schatzi to the vet, who found no problems: retinas look good, no cataracts or glaucoma. It’s just age. Our girl still has okay distance vision, and it’s not like she’s bumping her head into walls or anything like that. The vet gave us some drops to administer in the morning and evening to soothe her eyes; otherwise there’s nothing to be done. I guess dogs get myopic with age, just like you and me.

The first thing I did when I got home was to shave off my beard. I hated having to groom it every couple of days. The second thing I did was to get a short haircut. Here’s to a grooming-free lifestyle. Behold, before & after:

Yeah, I wouldn’t get in a blogging swing with that guy either!