Project Boneyard is now on display at the Pima Air & Space Museum, where I volunteer as a tour guide.  It’s an art project using old aircraft and aircraft parts as canvases.  When I wrote about it last week, the exhibit hadn’t officially opened and just a few outdoor aircraft were on display.

I thought at first the artists were local but have since learned they came from all over, many of them well-known street and contemporary artists.  As long as I’m correcting mistakes in my earlier post, I misidentified one of the art planes as an “old Lockheed”; it is in fact a C-45, made by Beechcraft.

Last week three art planes had been towed into position outside one of the museum hangars.  They have been joined by two more, plus an indoor exhibit of 30 painted nose cones, wing and belly tanks, prop spinners, and radomes.

A few days ago the museum director emailed the staff, warning us that some of the items going on display would be “controversial” and might upset museum visitors and volunteer staff alike.  One piece, we were told, would be set up as a “peep show” with a sign warning of “mature content.”

When the director said peep show, I envisioned an enclosure made of office cubicle panels with literal peep holes drilled in the sides.  I didn’t think they’d just throw a moving pad over the piece: 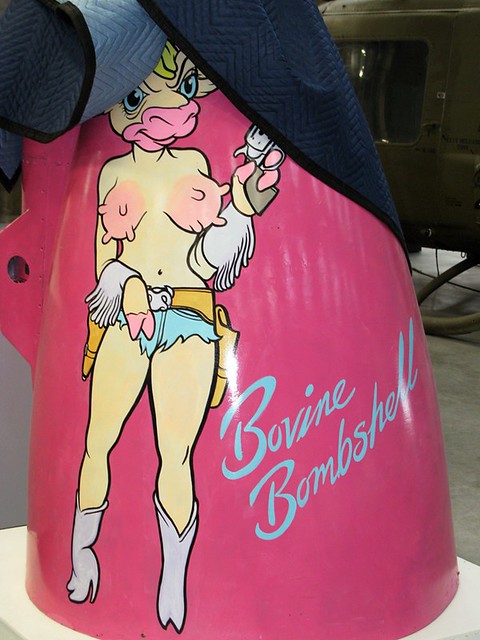 The director’s undoubtedly right.  This will upset some museum visitors, and maybe even some of our volunteers.  Hell, I was upset … upset I had to move the blanket in order to take this photo.

You’d think that if cow udders are controversial, human lady breasts would be more so, but there was no blanket over this one: 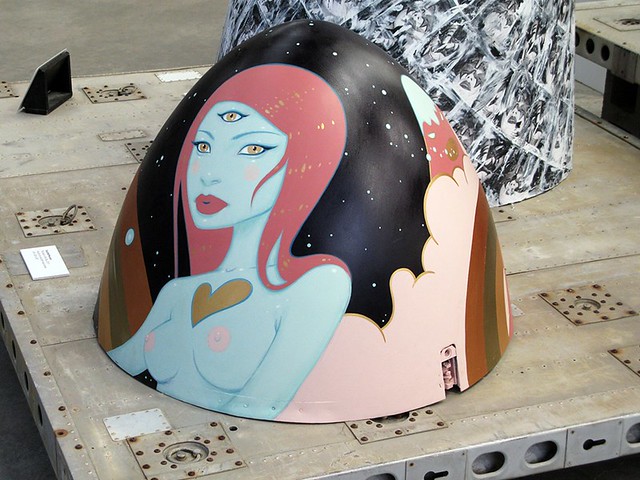 Or this one, which emits a strong anti-capitalist vibe: 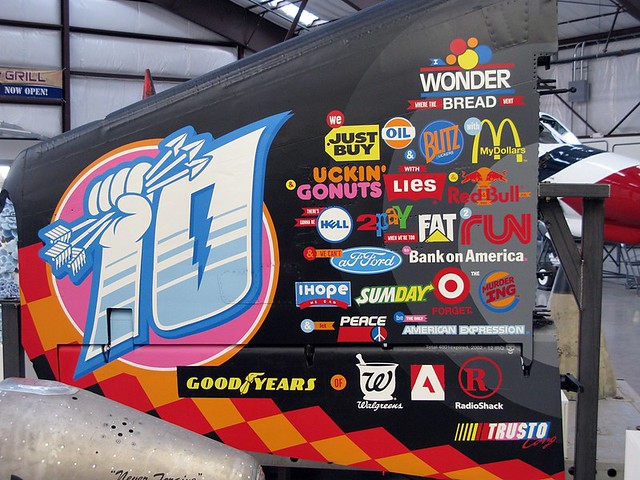 As always, I took a lot of photographs.  You can view my Flickr photoset here (I’ll entice you to click on the link by telling you that there are more “controversial” photos to be seen there).  Project Boneyard is a great exhibit, mostly lighthearted and fun to look at, and it’ll be on display at the air museum through the end of May.  See you there?