It me again, with another 4th of July photoblog. But first …

Our friend Mary Anne’s coming over for dinner tonight. She’s one of our trusted circle of close friends, so no masking up. We do, however, refrain from kisses and hugs, however much we might want to. I’ll roast potatoes on the grill, then slap on a couple of New York strips. Donnas’s broiling asparagus and making a salad; Mary Anne’s bringing a pupu platter and brownies for dessert. We’ll either watch Justified on Hulu or Hamilton on Disney+, which like everyone else we subscribed to just for that.

The German patient and his housemate Maxie joined us for a stroll to the corner this morning, where we watched the annual neighborhood 4th of July parade. Turnout was small this year; the pandemic forced us to postpone the traditional potluck brunch until at least Labor Day, and for a while it looked like the parade might be called off as well. And perhaps some in the neighborhood thought it had been called off. But we were there, and so were others, and happy Independence Day to you too! 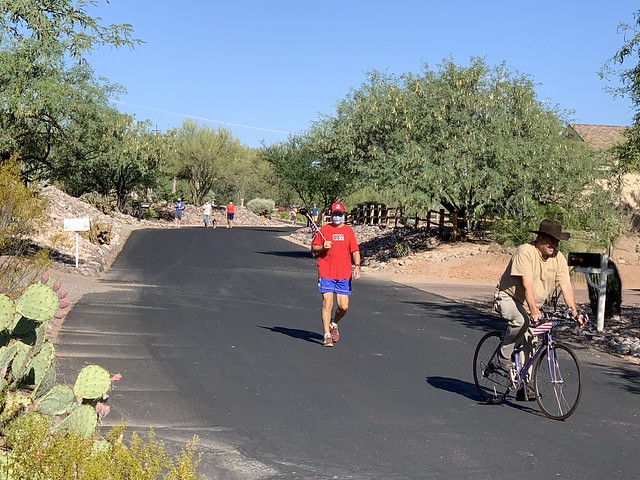 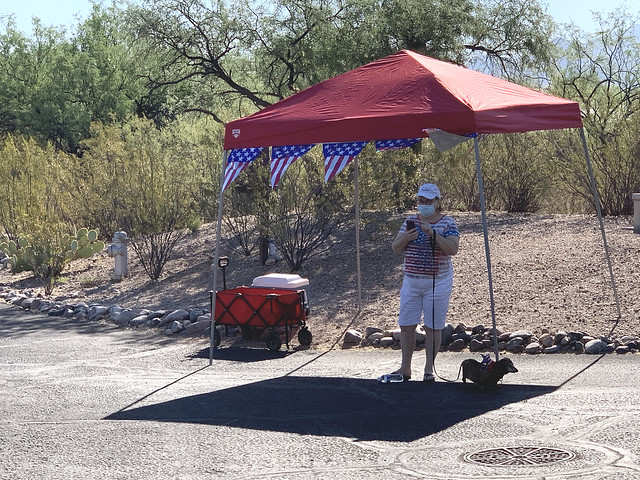 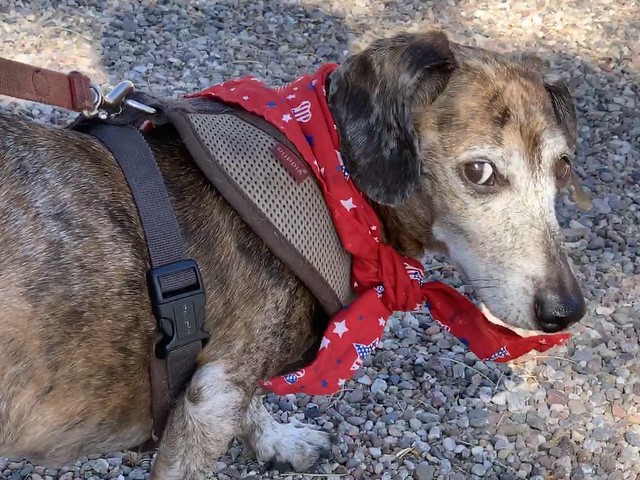 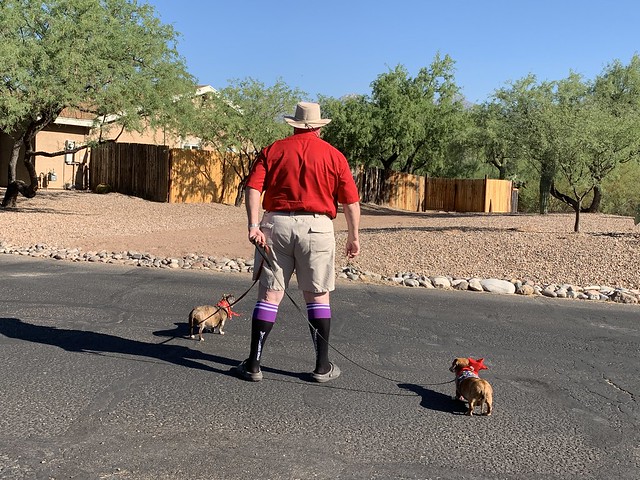 But wait. Let’s look at those socks again. My apologies to those of you with popliteal issues. 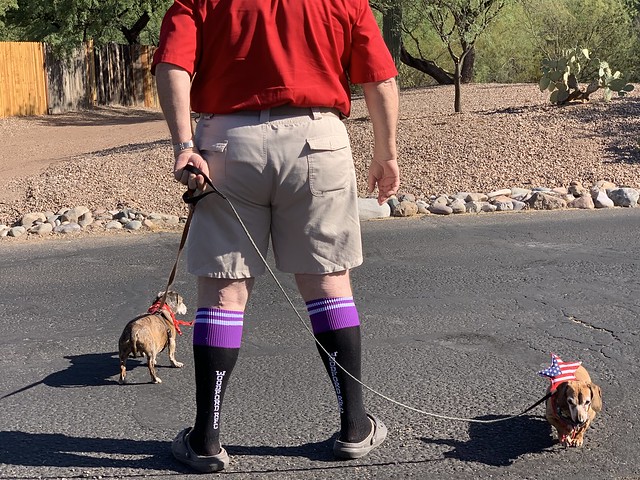 One thought on “The Glorious Fourth, 2020 Edition”