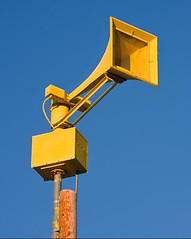 1965, the height of the Cold War. I was behind the Air Force BX in Wiesbaden, Germany, taking a smoke break on the loading dock. It was unnaturally quiet and I was alone: nothing was moving, not another person was in sight. The sky, normally busy with military aircraft, was empty.

I jumped as a deafening siren went off, its tone wavering up and down, on and on. Having been around military bases all my life, having practiced duck & cover drills in every grade from kindergarten on, I knew what it meant: attack imminent. A chill settled on me. All those years of practice, and now here it was, the real thing. A couple of hundred miles to the east, Soviet tanks were rumbling into West Germany. Nuclear-tipped missiles were inbound, seconds from detonating over the military installations in and around Wiesbaden. I stared at the sky, looking for the contrail with my name on it.

Then, as the siren continued to wail, a co-worker appeared at my side, asking if I could spare a cigarette. I snapped back to reality. It was noon. It was Wednesday. That’s when the Air Force tested its warning sirens at bases around the world. Of course I knew that; I’d grown up with those weekly tests. But that day it had hit me fresh. I believed it was real. For a few seconds, I had stared into the abyss. The abyss had stared back. I’ll never forget the feeling.

Mainly because the feeling’s coming back. Just the occasional abyssal yawn for now, triggered by photos and videos of empty shelves in big box stores, deserted city plazas, empty airline cabins, isolated cars and trucks zipping along LA freeways normally choked bumper to bumper. The most vivid flashback so far came last night while listening to a guest on the Maddow show say things that made even Rachel squirm, describing triage teams in Italy deciding who to treat and who to leave to die (“she’s young and has kids, we’ll save her; grandmother, goodbye”), saying American doctors and nurses will within days be making the same decisions.

Anyone know where Donna and I can borrow some kids? Just kidding. Actually, kids are well ahead of the curve, already calling COVID-19 the “Boomer remover.” My generation may not be around to drain the Social Security trust fund after all, and after the cull (they say Iran’s mass burial pits are visible from space) Gen Xers and Millennials might get their own whack at it.

What’s sad is that while the pandemic is real and dangerous, transcending national borders and poliltics, the reaction to it … certainly here in the USA, probably everywhere else as well … is driven by racism, nationalism, and partisan politics, which in turn make it even more dangerous. I can handle “may you live in interesting times.” “May you live in stupid times” is the curse I’m trying to dodge.

Well, enough doom and gloom for one morning. Are you ready for a little comforting? I am. 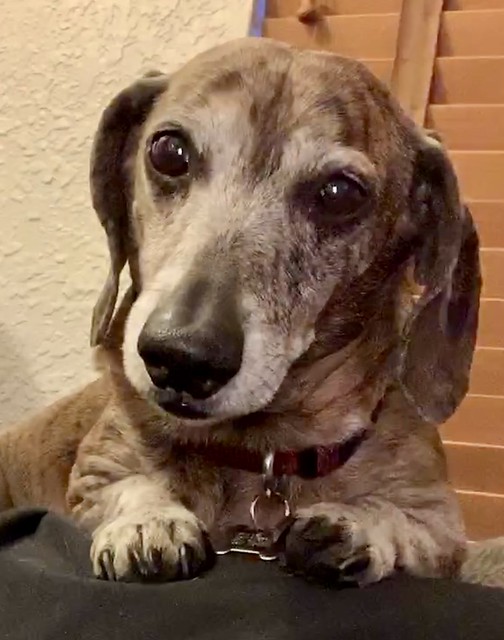 Mister B says “There, there, everything’s going to be fine.”

3 thoughts on “Life in Interesting Times”