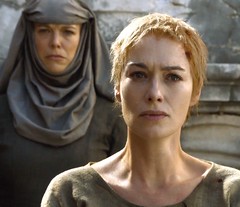 Oh my, one of my fellow docents stepped it in. Again. From an email sent yesterday to Pima Air and Space Museum volunteers:

“Over the weekend an incident happened at the museum concerning a breastfeeding mother in public. We are sharing this information to keep you informed. … It is against the law to ask a mother to cover up or move elsewhere to breastfeed. If another guest is uncomfortable with the mother breastfeeding in public and would like to make a formal complaint, please refer them to guest services in Admissions.”

And here I thought talking about Trump’s redesign of Air Force One livery in front of museum visitors was fraught with peril. Oh, wait … talking about Trump in front of museum visitors is fraught with peril. Seeing a mother breastfeeding her baby and minding her own business isn’t perilous at all, unless your head’s so far up your ass you decide to make it your business. I can’t believe a fellow docent could be so patriarchally arrogant, so ignorant of the law, as to pull a High Sparrow on a breastfeeding mother and try to force her to do the Walk of Shame, let alone that he would think she was doing anything wrong in the first place!

On second thought, given the “heartland values” of some of my museum colleagues, yes I can. I can probably name at least a dozen who’d have done exactly what this docent did. No, I don’t know who it was, but I wouldn’t be surprised to learn it was the same tram docent who saw a visiting Orthodox Jewish family in traditional attire and rushed into the volunteer break room to warn the rest of us the Mormons were out in force that day, or the volunteer who warmed up the audience for my F-15 Eagle presentation with a sexist joke.

Somebody shoot me if I get that way.

p.s. Donna breastfed our firstborn in the mid-1960s. Mostly at home, but occasionally in public, as all breastfeeding mothers must. I don’t remember anyone ever making a big deal over it.

For years now I’ve said that any attempt to round up and deport undocumented aliens living in the USA would come down to cattle cars and concentration camps. Earlier this week, Trump announced that Immigration & Customs Enforcement agents will begin removing millions of immigrants who are in the United States illegally, and start doing so next week … three days from today. This is exactly the scenario I’ve always feared a racist administration would try to pull off.

We haven’t started loading people onto actual cattle cars yet (so far it’s been Border Patrol buses), but a network of concentration camps is already in place, with plans to open even more. Yes, calling facilities where we hold tens of thousands of civilians without trial “concentration camps” invites comparisons to Hitler and the Nazis, but that’s what they are. Right now we’re using the camps to hold would-be immigrants caught coming over the border. If Trump gets his way, before the end of the month there’ll be even more camps, this time to hold millions of people who’ve been living in the USA—many for years, generations even—pending their deportation by force.

There aren’t enough Border Patrol buses in the world to haul away the numbers of people Trump’s talking about. You’re goddamn right, we’ll use cattle cars. Considering the widely-reported conditions inside existing detention facilities, I suspect our cattle cars won’t be any nicer than the ones the Nazis used: bare floors and walls, no food, no water, no toilets, people jammed in shoulder-to-shoulder.

Yesterday a liberal MSNBC pundit, Chris Hayes, joined the debate over whether or not to invoke the Holocaust by using the phrase “concentration camps.” Here’s the waffle he posted on Twitter:

“Last comment on this: ‘concentration camp’ is an extremely charged term and I get why many people are, in good faith, uncomfortable with its application for Godwin’s Law purposes among others. So let’s just call them ‘detention camps’ and focus on what’s happening in them.”

To which no less a person than Mike Godwin*, the very man himself, had this to say:

“Chris, I think they’re concentration camps. Keep in mind that one of their functions *by design* is to punish those individuals and families who are detained. So even the ‘charged’ term is appropriate.”

So what happens now? Are we going to sit around and let it happen? It’s sure starting to look that way. The longer Trump and his deplorables dominate the national debate, the more it becomes clear that just as in Germany in the 1930s and 40s, a third of Americans would happily see another third rounded up and removed … while the other third watches.

*Godwin’s Law: “As an online discussion grows longer, the probability of a comparison involving Nazis or Hitler approaches 1.” 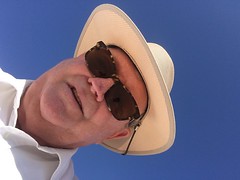