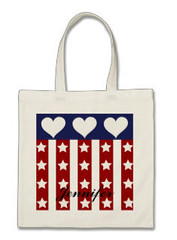 Half my friends say they hate Twitter. Half say they don’t get it. Either way, only a few use it. That right there differentiates Twitter from Facebook. I go to Facebook to find out what friends are up to and to tell them what I’m up to. I go to Twitter for information. It’s useful in a more practical way. It leads me to information and important news, and I check in daily.

This week Twitter users are upset over “like hearts” replacing “favorite stars,” a recent change. In the past I would occasionally favorite a tweet. I only did it when I especially liked something someone tweeted. Twitter saves a list of favorited tweets, visible to other readers, which means you can visit my Twitter profile to see a list of tweets I’ve favorited, and I can visit your profile and ditto. As far as I can tell, “liking” someone’s twitter post by clicking on the heart is exactly the same thing as “favoriting” someone’s Twitter post by clicking on the star. So pardon me while I yawn. Six of one, etc.

Using some of my own tweets as examples, here’s what I’m talking about. First, Twitter BC. Note the star below the tweet. You clicked on that to favorite the tweet.

I just noticed Twitter added another new thing, that little bar graph symbol next to the heart. Using yet another tweet as an example, here’s what you get when you click on that:

What I don’t get is “impressions.” According to Twitter, impressions are the number of times a Twitter user is served a tweet in his or her timeline, or through a Twitter search (like, say, someone searched for the word “Tucson” and saw my tweet among the hundreds of other tweets mentioning Tucson). Okay, I get how search results are tracked, because once again people have to interact with Twitter to do a search. But if “served a tweet” means “read a tweet,” how the hell does does Twitter know 126 people read my tweet? I read, and promptly forget, hundreds of tweets every day. If I don’t click on the tweet, if I don’t like it or retweet it, how does Twitter know I ever read it? This one disturbs me, and not a little. Are they tracking our eye movements now?

Another thing that makes me uncomfortable is the perverted way we’re forced to talk about what we do on Twitter. The only way to describe the process of favoriting tweets is to use Twitter’s language: I favorited this or that tweet, I looked at so and so’s list of favorited tweets. Ugh. It sounds more natural to say I liked a tweet, although talking about lists of liked tweets still sounds odd. Strictly in terms of English usage, I’m happier with like than with favorite.

But hey, on the off chance you’re one of the very few friends I have who does use Twitter, liking someone’s tweet doesn’t really do much. You know you liked the tweet, and the person who posted the tweet knows he or she got a like, and that’s about as far as that goes. If you really like a tweet, you should both like and retweet it … that way, your followers will see the tweet too. It’s important to note, though, that retweeting without liking can mean something altogether different: lots of people (I do it myself) will retweet offensive or repugnant tweets as a way of shaming the assholes who posted them.

But back to stars & hearts: it’s amazing what people get worked up about. If Twitter’s Greek to you and you couldn’t care less, then just think of the hue and cry that emerges whenever Facebook changes something. Surely you can relate to that, because EVERYONE is on Facebook!