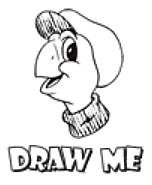 I did a stupid thing yesterday (so what else is new?) and commented on a Facebook thread about Pamela Geller’s Muhammad-drawing event in Garland, Texas. The thread was started by a fellow progressive who (I thought at first) feels as I do, that freedom of speech must be protected in this country even when we deplore how it’s being used.

The way I phrased it was that we have to defend free speech even when racist assholes exercise it. He took offense at my characterization of Geller’s fans as racist. Over the course of our debate he started calling them “free-speech activists,” and even went so far as to declare that the intent of the event was the promotion of free speech. He insisted that their opposition to Islam is motivated purely by theological differences, and that religion has nothing to do with race.

Sorry, I said, we may know religion has nothing to do with race, but racist assholes don’t know that. We say “Muslim,” they say “sand n____r.”

Yes, racist speech (to a point) is protected in this country, and we have to make sure it stays that way lest someone take away our right to speak freely. But no one at Geller’s event gave a rat’s ass about free speech. What they wanted to do was provoke Muslims into a confrontation (which they did), then use the incident to start a religious and race war (which remains to be seen). Their ultimate intent is to drive Muslim-Americans out of this country … the very opposite of free speech.

Geller’s army of intolerant bigots is no different than the American Nazis who marched in the predominantly Jewish community of Skokie, Illinois in 1977. The ACLU went to court to defend the Nazi’s right to march, and many lifelong members left the ACLU as a result. But if the ACLU is not willing to defend freedom of speech, then what is it for?

What happened in 1977 is happening again today, not so much with the ACLU (which hasn’t yet, as far as I know, weighed in on Muhammad-drawing contests), but with progressives beginning to call for trigger warnings and hate speech laws.

It’s an awful job but someone has to do it. I’ll continue to pay my ACLU dues and defend Pamela Geller’s right to draw pictures of Muhammad … holding my nose the whole time.

I think even my free speech activist friend, however, would agree that openly agitating for race war and the persecution of religious minorities crosses the line into prohibited speech. Over the years the Supreme Court has established limits to our First Amendment rights, and some of those limits are pretty specific: incitement, false statements of fact, threats, and a slightly more vague category called “fighting words and offensive speech.” You can think of these as “yelling ‘FIRE!’ in a crowded theater” exceptions.

Drawing pictures of Muhammad is, most of us agree, on this side of the line between free speech and prohibited speech. But Geller’s intent, to outlaw the practice of Islam in this country and incite Christian-Americans to persecute and drive out Muslim-Americans, is clearly on the other side.

Is Pamela Geller engaging in hate speech with her Muhammad-drawing events?  Considering her long history of rabble-rousing against Muslim-Americans, mostly characterized by preposterous lies, fighting words, and open incitement to intolerance and persecution, it’s hard to say otherwise. But hate speech is protected. Even if you think she’s crossed the line to prohibited speech, how long has it been since the courts prosecuted anyone for that?

Even if someone starts shooting Muslims dead on the streets and claiming Pam Geller told him to do it, I doubt she’ll be held accountable, Supreme Court restrictions on free speech be damned. I hate to be cynical, but consider Bill O’Reilly, who used his TV show to openly encourage pro-lifers to murder abortion providers, and got clean away with it.