The trouble with writing rants is that normally you’re bitching about things you don’t like. Just for the hell of it, I’d like to mention a few things I like about hashing and hashers. It’ll probably put you to sleep, but it’ll make me feel better! 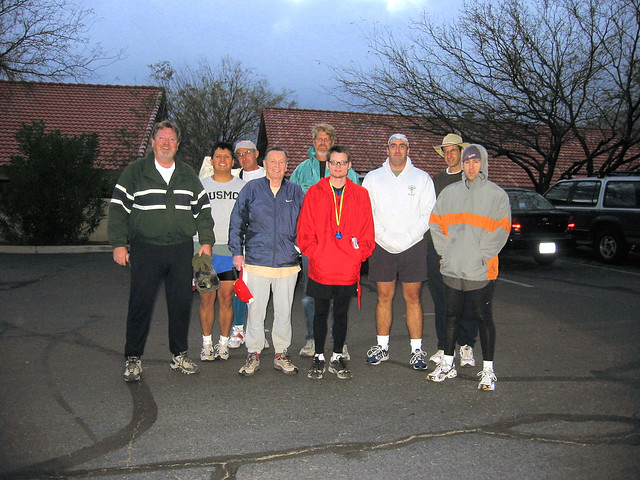 Challenging trails. They don’t have to be real short or real long, they don’t have to be live or dead, and I don’t much care if they’re A-to-A or A-to-B, but it sure is neat when you come upon something completely unexpected. Once in Okinawa I stepped into what looked like a puddle. It was a trench filled with pig shit, and I went in up to my neck. That was such a surprise all I could do was laugh.

Hashers who contribute. Mismanagement types who do all the thankless work, week after week. Hashers who organize regional, national, and international events – especially hashers who’ll do it a second time! Hashers who offer crash space and rides. Hashers who take the trouble to arrange their travel itineraries so that they can come visit your hash. Hashers who bring goodies from faraway places. Hashers who write up trip reports for everyone to share. What I really like is that hashers like these are everywhere!

I love the international aspect of hashing. I’ve been in the military for over 20 years, most of those years overseas, but I know three times as many funny-talkin’ foreigners through the hash than I ever knew through the military.

Not knowing, or caring, whether the hasher standing next to me in the circle is an attorney, a secretary, a doctor, or a liberal arts major who cleans tables at Burger King. The total break from the workaday world. Not talking about work, mortgages, traffic, politics, or religion. Talking about sex, on the other hand, is way cool. And speaking of which . . .

The way harriettes and harriers interact with each other. I’ve hashed with men-only and mixed hashes, and I’ll take mixed hashes any day. Hashing is one of the few social activities left where men and women don’t spend 90% of their time worrying about the sexual or political implications of what they just said – or did. I must say that things tend to get rowdier at mixed hashes than they do at single-sex hashes – which can, depending on the circumstances, be a good thing!

The self-confidence people get from hashing. I guess that comes from having to hold your own in the circle. Normally, 80% of the people in any group are lurkers and boffins, content to hide in the shadows. In the hash, it’s less than 50%; in some hashes, less than 10%. Amazing.

Friendships. Some of my best friends are hashers . . . really!

Amendment: I founded a men-only hash in 2000. My idea was to try to recapture some of the spirit of the original hashers, who were, of course, all men. I have to say that I’ve come to appreciate single-sex hashing, harrier or harriette, and that it has a lot to offer. If you haven’t tried it, try at least not to be as closed-minded as I was when I wrote the above words! – Flying Booger