Home from the Wars

If you visit this little blog, you probably know I had my right knee replaced Tuesday morning. They had me up and walking in the hallway of Tucson Orthopedic Institute later that afternoon. But not much. They pushed me harder Wednesday, when Donna took this photo: 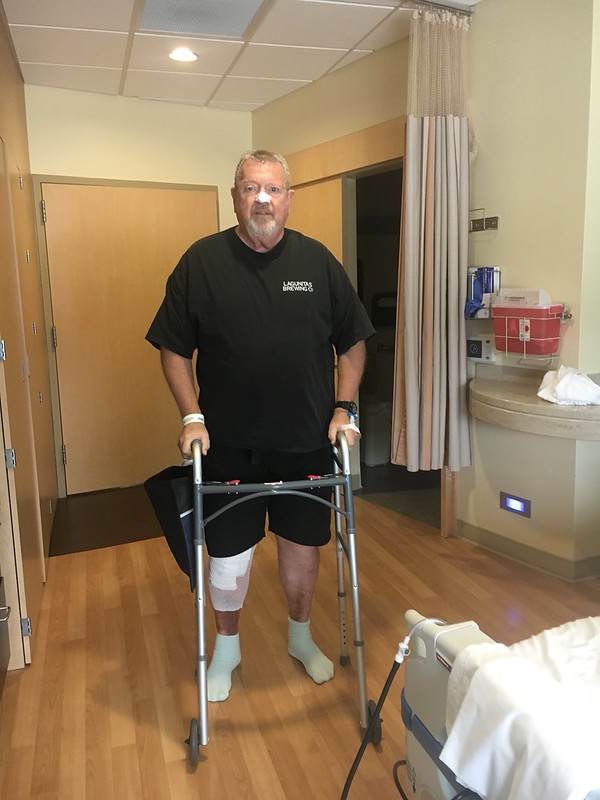 Yesterday they sent me home. So far this morning I’ve done some leg and knee exercises, taken a most welcome shower, and have now decided to update this little blog.

I’ve never taken a selfie of my nether parts before. Anthony Weiner, eat your heart out! 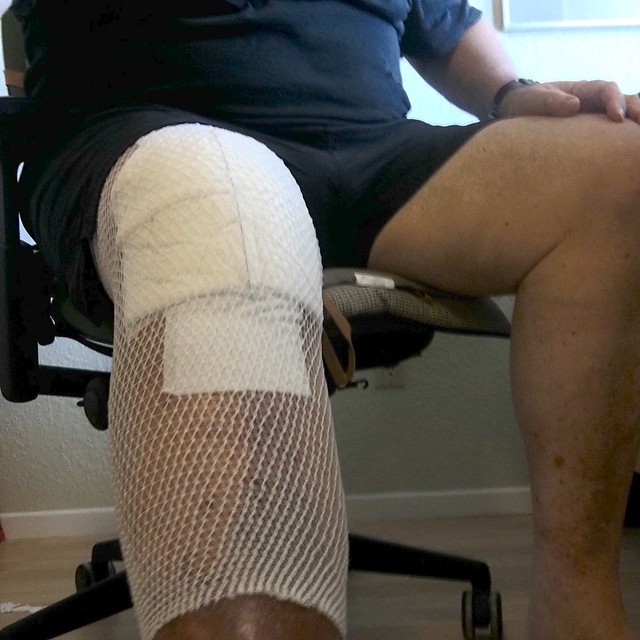 Fresh dressings over the sutures, feeling almost normal … until I try to bend the knee, that is, but that’s what the exercises are for. The first of several outpatient PT sessions is Monday morning.

Another selfie. I’ve been soaking the skin graft on my nose every day, swabbing it with vaseline, and taping it over. Well, it’s looking like normal skin again, no longer an open wound, so I decided to cover it with a regular bandage today. I go in to have it checked Tuesday morning and they’ll probably yell at me, but I think it’s healing nicely now and could probably even do without the bandage. The goatee? This morning I started thinking about shaving it off, which normally means it’ll be gone in 24 hours. At the outside. 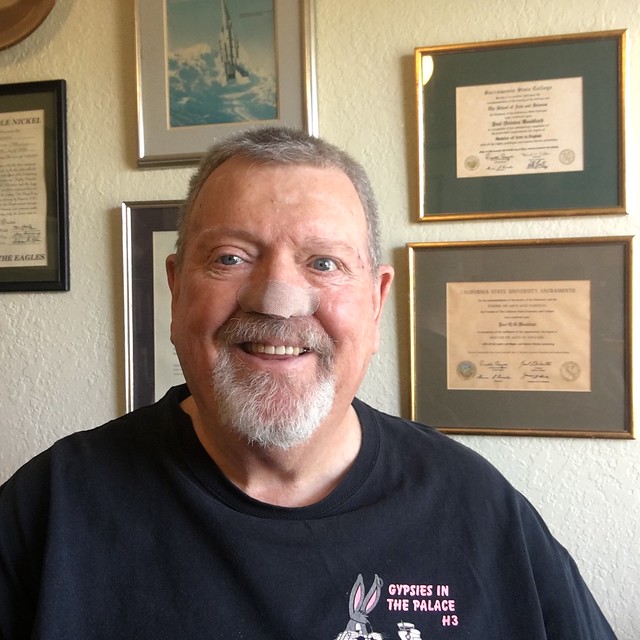 Donna’s a saint. She kept me company and sat at my side in the hospital; now I’m home she’s helping with all the little things I can’t yet do for myself. Talk about the uber-solicitous one, though, that would be Mr. B. He lived with an elderly woman his whole life and lost his home when she died, which is when we took him in. From what we heard, his lady went downhill fast at the end. She may have used a walker during that period, because from the moment Mr. B saw me shuffling up to the front door with one yesterday, he’s been at my side. I do believe he thinks I’m going to up and die on him too and I wish I could hug him but can’t risk getting dog hair in the wound.

The Tucson Orthopedic Institute now has its own building on the Tucson Medical Center campus. That was not the case in February, 2013, when they replaced my left knee. Then, I spend two days recovering in a shared room, rather drab and dingy. This time I was one floor up from the operating room, nicely ensconced in a single room with a view of the Santa Catalinas out the window. I don’t think there’ll be an infection scare this time around … my  care and treatment was first-class in every respect. And this was on Medicare (supplemented by Tricare, which military veterans get). I cannot imagine what people are going to do if they take Medicare away. Suffer and die that the rich can have three Lamborghinis apiece?

Anyway. It is So. Good. to be home again. I plan to hit the PT hard and get back to normal as quickly as possible, and I’ll try to keep the blog up to date. You kids be careful with your knees, and always wear sunblock, you hear? 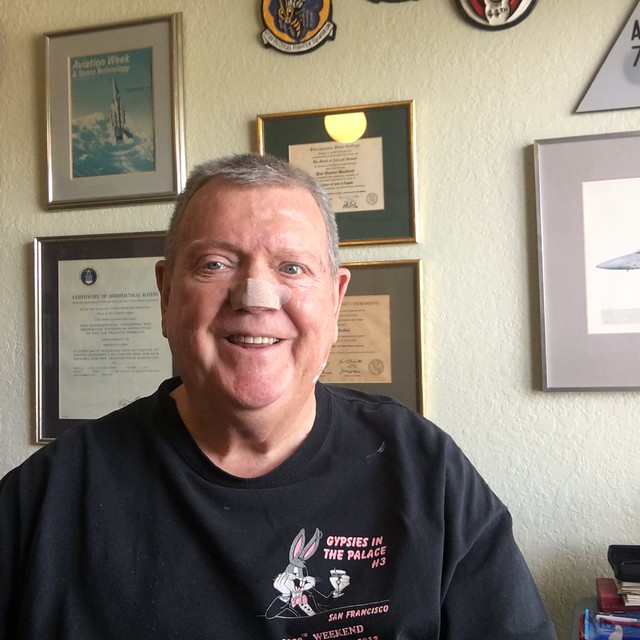