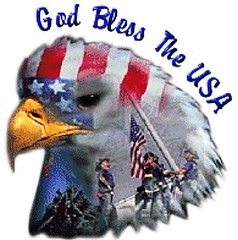 Polly’s home with her boyfriend in Ajo and Angie’s back in Tampa. I should be rushing to catch up with bloggage and book reviews, but my thoughts are random and disorganized. I’m leaving on a five-day motorcycle trip Thursday; maybe I’ll get back in the groove once I get some miles under my belt.

Anent the motorcycle trip, I rode over to Ed’s this morning to change my oil. I wound up trying to help Ed’s wife Sue set up a new wireless printer, but after an hour finally figured out it wasn’t compatible with her old MacBook. By the time I was forced to give up, Ed had changed my oil and filter, pumped up the tires, and wheeled my Wing back out of the garage. Talk about not delivering on your half of the bargain … I’m still thinking of things I should have tried to fix Sue’s problem.

Ed’s going with me on the ride. He says the forecast for Flagstaff and Cedar City, two of our overnight destinations, is inimical: rain and overnight temps close to freezing. Together that spells ice. We’re still going, but once we get up north we may have to sleep in until the roads warm up. Adventure!

And now for something entirely different.

There’s a crazy story going around about a woman veteran rescuing an American flag from protesters at a university campus in Georgia. Oh, and video too. The story is that some unidentified student protesters, who just happened to be black, laid an American flag on the ground and started walking on it. The woman veteran, who was also a Playboy model, snatched the flag up off the ground, got into a shouting match with the protesters, and was arrested by campus cops.

I first saw the story on Facebook two days ago. It felt phony to me from the get-go. One, when I looked for verification, only highly partisan, far-right “news” sources were carrying the story. Two, it fits the Fox News racial resentment narrative too perfectly: black thugs, white woman, a sullied American flag, campus authorities making mealy-mouthed statements in favor of the protesters’ 1st Amendment rights, a righteous & memorable zinger uttered by the all-American woman veteran: “If your cause is racism then find some white people and walk on them.” Too good to be true, am I right?

I smell agitprop. Remember when James O’Keefe dressed up like a pimp and took down ACORN with a sting video? Or how about Marine Todd? This comes out of the same mold. I think once people start looking into it we’ll find out the entire thing was staged. One big clue to me is the woman veteran’s use of the word “we” in the narrative accompanying her video: “So we decided to get the flag and give it the respect it deserved.” This wasn’t entirely spontaneous. She had help.

I’m having a hard time believing protesters in America would walk on an American flag. What would possess anyone to do something that provocative, even if they do hate the USA? They’re lucky they didn’t get beaten up, and I’m surprised they didn’t. Yes, the flag is only a symbol, and walking on it is probably a 1st Amendment right, but if doing so isn’t shouting “fire” in a crowded theater, what the hell is?

The flag rescue will turn out to be a staged political stunt, but even so my sympathies are entirely with the brave white woman former Playboy model veteran. I have zero shits to give for the protesters (in any case, I’m assuming they were fairly compensated for their role in the drama).