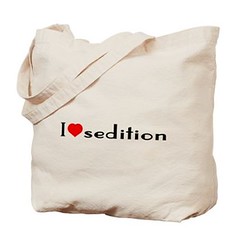 I think of myself as progressive, at least when it comes to politics and public policy. Socially, I’m an embarrassment to the cause.

Social progressives reject certain thoughts as seditious. One such thought is that some people “choose” to be gay.

Based on all I know and have observed, sexual orientation is not a choice. We are what we are, gay or straight; most of us know what we are by the time we’re teenagers and tend to stay that way the rest of our lives. Some gay people live outwardly heterosexual lives because of social pressure, and I suppose that’s a choice, though a forced one. A few people seem to be genuinely bisexual and therefore don’t have to choose either way; a few more may experiment, at different times of their lives, with the other side, and I guess that’s a choice too.

Experimentation or rebellion aside, though, can people consciously choose to change their basic sexual orientation? Maybe, though it’s an unpopular thought on the left. I’m with the left when it comes to rejecting the notion that gay people can be “converted” to heterosexuality; there’s no evidence conversion has ever worked, and plenty of evidence it has wrecked lives. But I do believe that some people consciously choose to change their sexual orientation. Probably not many, but some. We know a woman who’s been a lesbian all her adult life; she’s also one of the first women to legally marry another woman in our state. Now, though, she’s divorcing her wife in order to marry a man she describes as her soulmate.

I could ask a million questions about her choices, but it’s none of my business. Suppose some people do choose to change their sexuality — so what? Let people be what they choose to be. Let people pursue their happiness. In that, at least, I guess I can claim to be socially progressive.

Wonkette and other progressive blogs love to poke fun at the right and its fixation with the threat of transgender toilets. Here’s a sample from the linked post:

If you are not familiar with the wingnuts’ argument against trans people in the bathrooms, or you can’t put it together in your mind using your Logic Skills, it goes like this: If transgender people are able to use their preferred bathrooms, then creepy straight men will fake being transgender — LIKE THEY ALWAYS ARE DOING — and hang out in the ladies’ room and leer and perv around. We are waiting for documentation that this is an ongoing problem in Obama’s America, but we are sure it is, the Christian Right never just cold fuckin’ lies about stuff, it’s against the Bible.

I don’t think transgender people go into restrooms in order to perv. I think they have to go potty. But there are pervs, plenty of them, and it’s not a stretch to imagine one cross-dressing in order to use the women’s restroom. I mean, damn, just look at the sort of things pervs get up to without cross-dressing:

Well, Wonkette, here’s a seditious thought: as long as there are pervs and potties, pervs’ll perv in potties — LIKE THEY ARE ALWAYS DOING. Even right-wing loons have legitimate fears.

Another thing we’re not supposed to do, if we’re socially progressive, is to scold or correct people for their language and grammar:

In essence, grammar policing on the internet [mostly towards strangers who we don’t have a personal relationship with and thus don’t know their background and feelings toward grammar policing] is a subtle act of classism. It’s shaming people for not having the opportunities that we have and it should be avoided.

I am an online grammar scold. When presumably educated people — people who have had the educational opportunities I have had, and that’s almost all of us — use “your” for “you’re,” I give them a nudge. If they persist — especially if they seem to be ignoring the rules on purpose or out of sheer laziness — it’s time to hold them up to ridicule, as I do with my Donkey Hote Twitter account, where I retweet the Tweets of Twitterers who should know better.

Yes, it’s classist, but I am classist. So are you, too, I bet. We judge people by their actions. In my book a person’s manner of speaking and writing is an action, a conscious choice, one of many reliable indicators of what they value and what kind of person they are. In other words, an indicator of their class and relative place in society.

It’s very easy to go in a racist direction with this, and Donkey Hote and I try not to do that — there is such a thing as black English, with its own rules, diction, and syntax, and we do not scold those who use it.

I will just note, in passing, that the social progressives who deplore the classism of scolding people for their language and grammar all seem to express themselves in standard, educated English. Why do you suppose that is?