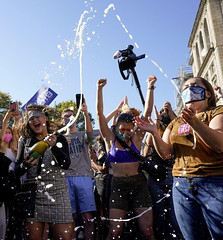 Lordy, it’s going to be hard to be gracious in victory and not return spite for spite, but I’ll try.

I woke up yesterday — Friday, three days after the election — thinking if the press would just get off its ass and call a Biden win, the logjam would break. Today, Saturday morning, they did just that, and within the hour Pennsylvania made it official, pushing Biden past the 270-vote Electoral College threshold. Later in the day, as world leaders began to acknowledge and congratulate the new president-elect, Biden’s win became all the more a done deal, Trump’s dream of overturning it all the more a fantasy.

We watched the news off and on throughout the day and stayed up for Kamala and Joe’s victory speeches. This morning I took a deep breath and waded into the acidic waters of commentary from Trump country.

The World has witnessed fraud from Hell. America set up to sell. Now watch POTUS expose their crimes.. as States clawed back one at a time.

Stay tuned grasshoppers. It’s not over til the Fed lady sings.. The ccp’s MSM “call” is just another MSM lie, no more accurate than their polls. (GreatAwakening)

That last one, as you probably realize, was from Donald Trump himself. And then there was this, from a friend of a friend on Facebook:

Trump was duly elected, with no real controversy, unlike what we’re seeing right now.

Are we talking about the same two elections? The last thing half the country would ever call Donald Trump is a duly-elected president! He was installed by the Electoral College against the wishes of the majority, who elected Hillary Clinton by a three million-vote margin. Joe Biden, on the other hand, has won both the electoral and popular vote, and if that’s not duly elected I don’t know what is.

Not only has 2020 marked a return to the way presidents should be duly elected, with firm popular and electoral vote wins, it differs from 2016 in another significant way: 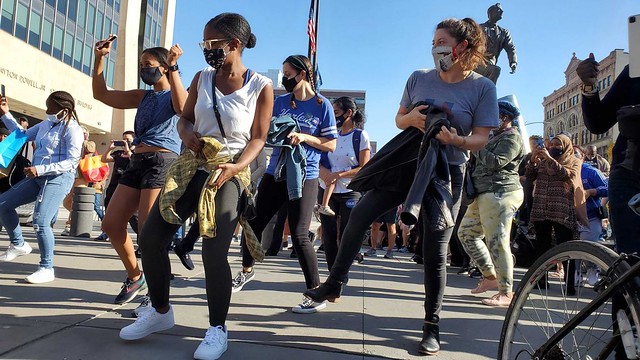 Jubilation. Dancing in the streets. How much of that did we see in 2016? Or 2000, for that matter, when the Supreme Court stole the presidency from Al Gore?

Cheer up, Republicans. There are going to be dogs in the White House again!