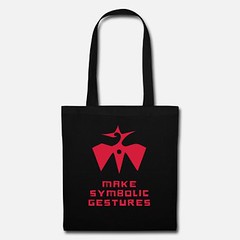 TV networks, back in early March, announced the suspension of live studio audiences at game shows like Jeopardy and Wheel of Fortune. Donna watches both religiously; every one I’ve watched with her, up to and including yesterday, had live audiences. To be fair, disclaimer screens at the start of each show explain they were taped before pandemic restrictions went into effect.

What I want to know is when do we start to see the episodes of Jeopardy and Wheel of Fortune taped without audiences? I ask because I think the networks’ decision to delay putting them on the air isn’t helping.

This thought hit me yesterday when I caught a few minutes of Stephen Colbert’s late night show. In the segment I watched, Colbert delivered his monologue from home. Just him speaking, no joking with the studio band, no audience laughter or applause in the background. I also watched the clip of John Oliver that’s been going around, the one where he talks about police reform; it too was taped without an audience. We’re used to hearing audiences react to hosts like Colbert and Oliver, especially when they say something barbed or shocking; it’s strange to experience comedy and satire without gasps and laughter in the background.

But we know why late night hosts are working without their customary studio audiences, and we know it’s for a good reason. Just as we know why news anchors are working on separate sets, no longer sitting together, and why their interviews are conducted remotely and shown on split screens. Isn’t this the message TV networks should be sending with popular game shows as well, that studios and producers are taking precautions to keep their talent and guests safe from the virus, and that we at home should be doing the same?

I’ve seen people argue that the huge letters the mayor of Washington DC had painted on Pennsylvania Avenue, the letters that spell out Black Lives Matter (and that are actually visible from space), aren’t important and won’t make a difference. Maybe. But symbols and symbolic gestures are not nothing. I personally think they can move public opinion. I think airing the pandemic episodes of Jeopardy and Wheel of Fortune, the ones that aren’t being taped with live studio audiences, will help tremendously with COVID-19 pandemic awareness. You can damn well bet the hoards of unmasked consumers pressing up against one another in the aisles of the nation’s Walmarts and Sam’s Clubs watch those shows.

Speaking of symbolic gestures, here’s an example of an empty one:

I had to get a new cable box from Comcast. There are two Comcast outlets in Tucson, one on each side of town. I’m glad I double-checked the hours and address first, because the one closest to me turns out to be “temporarily closed for COVID-19.” Which meant a 40+ minute drive across town to the other outlet, but so it goes.

On the way home, it hit me that closing one of the two outlets can’t possibly have any effect on the spread of the virus. Closing both, maybe, but not one. The one that’s still open is simply serving twice as many customers; captive customers of a cable monopoly at that. There’s been no drop-off in demand for Comcast’s products and services; if anything, more of us are watching TV and surfing the net than ever. Granted, the actual outlet has a mask policy for employees and customers, and lets only a few customers inside at a time, all that stuff … but closing the other one was clearly just an excuse to lay off some employees, while doubling the workload of those still on the payroll. How many other businesses are using the pandemic as an excuse to do the same thing?

Maybe it’s time to seize the means of production!