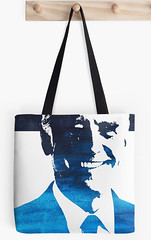 Final results of the Super Tuesday primaries won’t be in for a while, but it’s clear Biden came out on top. Momentum is a real thing. Will it carry Joe all the way to the convention and the Democratic nomination? I won’t say it’s inevitable, but it seems far more likely than not.

In some photos and video clips Biden appears vigorous and healthy; in others, shockingly old, with papery skin and a bewildered expression. I expect those come closer to revealing the actual man, and I worry he won’t last out a single term in office, let alone two.

I’m sorry Kamala Harris quit running, far too early in my opinion. I hoped Elizabeth Warren would get more support than she did. I won’t lose a minute’s sleep over the others, but I’m happy they’re endorsing Biden rather than Sanders. Bernie, I expect, will continue to be a disruptive presence in the race, maybe right up to the convention, and his die-hard supporters’ ugliness and hostility on social media leads me to worry they’ll sit out the election if Bernie’s not on the ballot … but that problem is down the road and there’s plenty of time to work on it.

For now, I’m more concerned over Biden’s choice of running mate, because I think he has a good shot at becoming our next president, and that maybe sooner rather than later his VP will have to take over. I’m rooting for Harris, then Warren … although I think Warren will be able to do more good for the country in a cabinet position.

But what do I know? Reagan left office at 78, the same age Biden is now. His dementia was well advanced during his second term, but I don’t recall him making the slightest effort to prepare George H.W. Bush to take over. Nor Roosevelt, Truman. Maybe presidents are incapable of thinking that way, but I have to hope Biden has considered the possibility and that he’ll choose a young and worthy successor.

I feel, if it’s Biden versus Trump, the election will be a referendum on values and morality. It’ll be interesting to see whether America wants that in a president or not. Values and morality are core issues with me, but I have practical policy concerns as well, and single-payer health care is right at the top of my list. I can see it happening under a Democratic presidency (no matter who the actual president is, no matter whether that president is failing and actual decisions are being made by administration officials); I cannot see it ever happening under a Republican one.

Such are my post-Super Tuesday Wednesday thoughts. To paraphrase one of my favorite bloggers, hurry up and tell me who I’m voting for in November, already!