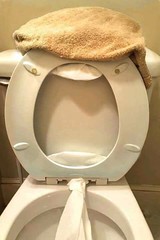 Are you watching the state of the union speech tonight? Yeah, me neither.

Do my feelings toward Trump help me understand the stupid-ass tea party racists who couldn’t stand President Obama? Perhaps.

I saw one of those giant-font pass-it-on posts on Facebook this morning. It said: “If Mueller asks Trump ‘did you try and fire me?’ and he answers ‘no,’ then Trump is guilty of perjury. If he answers ‘yes,’ then Trump is guilty of obstruction of justice.” I have to say, it reminded me of the wistful posts we saw during Obama’s presidency, holding out hope that when the truth came out about Obama’s Kenyan birth, every law, executive order, and judicial appointment he’d signed would be revoked. That was never going to happen, any more than Trump will ever be held accountable for perjury, obstruction of justice, treason, racketeering, or rape. Nope. Tax evasion, maybe … one can always dream, right?

The difference is, the charges against Obama were without foundation and motivated by racism; the charges against Trump are in most cases demonstrably true (and in the remaining cases highly likely to be true) and motivated by love of country and hatred of corruption. So yes, my contempt toward Trump helps me understand others’ hatred of Obama or Hillary or whoever … but not to relate, not to shrug and say “I guess both sides are guilty.” No. One side is guilty. Fuck Trump. The American people elected Hillary Clinton by a nearly 3,000,000-vote margin. He is not our president.

Some squirrelly shit went down at the air museum yesterday. Most volunteers come in at 9 AM and sign in on a computer located in a trailer next to the administration building. When I clock in Monday mornings there are usually 8-10 other volunteers in the trailer, grabbing coffee and exchanging greetings before going to work. A friend and fellow volunteer comes with his wife, who is also a volunteer … he works the trams with me and she greets visitors out front. Yesterday, she briefly hugged another volunteer, an old-timer who’s been at the museum for ages. They’re friends, and none of us (or so I thought) even noticed the hug.

Twenty minutes later, as my friend and I were getting the trams ready for a busy day, the older volunteer came out to warn us of trouble brewing. Apparently one of the other volunteers in the trailer that morning had reported the innocent hug to management. Sure enough, a few minutes later we saw the older volunteer walking with our supervisor between hangars, and she was doing all the talking. We were too far away to hear what she was saying, but he was missing afterward.

I know there’s some tension between museum management and the volunteers, but I’m generally unaffected and can afford to ignore it. This, though, has me worried … it seems a major escalation, and I wonder what’s behind it.

So perhaps you’ll understand my unsettled state when I came home yesterday … home to a swimming pool full of debris from Monday’s high winds, home as well to a chronically unemployed 42-year-old daughter who was supposed to be at Home Depot on her first day of a new job, but was instead sitting in the family room with the TV on as if nothing had changed. Reader, forgive me, for I voiced my concern.

I asked Polly why she wasn’t at work and learned I’ve been the victim of yet another game of telephone: Polly doesn’t know when her first day is going to be and I must have made up the idea she’d told me it was Monday. Or maybe Donna had told me she was starting work yesterday, and Donna had made it up. Like all the times she’s told us she had an interview on this day or that day, only to clarify when this or that day came and she was camped out in our family room watching animated sitcoms that it was actually an online test or some such. We sure do misunderstand a lot of things she tells us … you’d think we’d learn.

As if that wasn’t enough, I made additional comments about the pool. Our pool guy comes on Monday, and I knew he’d been here because the pump was on, something he always does (normally it runs at night on an automatic timer). Not only was the pool full of debris, the crawler was plugged with twigs and one of our extendable poles was laying on the bottom. I used another pole to fish it out and then realized the skimmer basket from the first pole was missing. It was a mess and I couldn’t believe what a half-ass job the guy had done. So I made the mistake of asking Donna about it.

Turns out the high winds had blown the cover of our outdoor fire pit into the pool. The pool guy tried to fish it out but couldn’t, so Polly did, using the pole that somehow later wound up at the bottom. Donna had been out there too, helping clean up all the crap the wind had blown around. So the two of them were sensitive about the pool and anything I had to say about it, and of course the entire unpleasant homecoming was my fault.

Well, one good thing: I wore the new hat to the museum yesterday. The wind was even worse there than it was here, but the stampede strap worked and I didn’t lose the hat. I’ll take my blessings where I find them, however small. 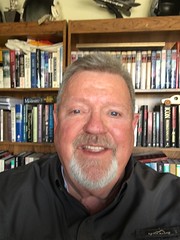 It’s a new day. A new leaf, a new page, possibly one day closer to Polly starting a new job and being able to pay her own rent. Things are looking up.

I got a haircut this morning, which always cheers me up. I took Mr. B for a walk, which ditto. Donna fried leftover polenta with eggs for breakfast, and I got a little blogging in. Later today I’ll take Mr. B for a ride to the car wash and a visit to the wild bird store for a big bag of seed.

The wind is no longer blowing, and would you believe it’s 80°F outside? I’m beginning to suspect the February cold snap, normally the last gasp of winter in southern Arizona, will be a no-show this year.

Donna tells me our son Gregory is thinking of riding down on his motorcycle in March, then going on a ride somewhere with me. It’ll probably still be too cold to go north to Flagstaff, so I’ll have to put some thought into possible routes and destinations. San Diego? Albuquerque? Mexico? Tell you what, San Diego sure sounds nice!