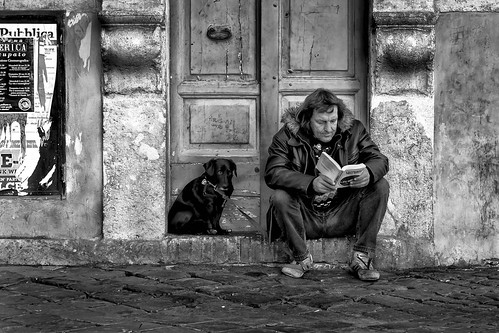 Hitler’s Mein Kampf has an interesting history in Germany: a best-seller before WWII, it’s been banned in that country since 1945. Until last week, that is, when the copyright expired and it entered the public domain: Germans can now read it again.

By a strange coincidence, so too has Anne Frank’s Diary of a Young Girl (a book with a history of challenges and bans in the USA). You can now freely read the full text online. In the original Dutch.

A public outcry (warning: autoplaying video at the link) over a high school teacher’s attempt to familiarize students with the artistry of Arabic calligraphy forced a Virginia school district to close its schools for a day. I wonder if the teacher might have gotten away with it had he or she chosen a non-religious sample of Arabic for the lesson … asking students to hand-copy the Shahada, “There is no God but God, and Muhammad is the messenger of God,” seems like asking for trouble IMO, and inviting female students to wear Muslim head scarves to class really put the icing on the cake.

Right up there with the threat of catching Islamism from tracing Arabic calligraphy, of course, is becoming a witch through exposure to Harry Potter. This has long been a fear in the USA; now British parents are catching up.

Last month a Philadelphia high school removed Mark Twain’s Huckleberry Finn from its curriculum after 11th grade students complained about the N-word. After hosting a forum of students and faculty, the principal issued this brief statement: “We have all come to the conclusion that the community costs of reading this book in 11th grade outweigh the literary benefits.”

Student journalists at the Steinmetz School in Chicago wrote an article about school bell changes. The principle directed them to pull the article, then followed up with this email to Steinmetz teachers and counselors: “Scratch Journaism [sic] for next year. We will not be offering it anymore. There will be no more Steinmetz Star. I’m still deciding what to do with it for the second semester.” The Steinmetz Star has been in print for 81 years. Hugh Hefner, who as a student wrote for it in 1944, still provides financial support to the paper. Something tells me we haven’t heard the last of this story.

Conservative state legislators in Florida have introduced bills that will, if enacted, grant taxpayers the right to formally challenge school materials, give challengers the right to take school boards to court over unsatisfactory decisions, and increase representation of parents on textbook selection committees. The bills also declare that “all instructional materials used in the classroom” must “[p]rovide a noninflammatory, objective, and balanced viewpoint on issues” and be “accurate and factual.” These bills seem similar to bills proposed in Kansas and other states, and I would not be surprised to learn they were drafted by conservative activists of the American Legislative Exchange Council, as I have suggested in earlier YCRT! posts.

History repeats itself, at least in Boise, Idaho, where conservative parents once again called the cops on teenagers handing out free copies of Sherman Alexie’s locally-banned young adult novel, The Absolutely True Diary of a Part-Time Indian.

Well, hey, at least we don’t live in Hong Kong, where booksellers who sell books banned in Mainland China are being “disappeared.” Other booksellers are taking the hint and pulling politically sensitive material from their shelves.

After all that, I could use some happier news, couldn’t you? How about this: Rosemount, Minnesota, has decided to keep Gayle Forman’s young adult novel Just One Day in school libraries, ruling against a formal challenge filed by parents of a middle school student.