The Last Barrier to Racial Integration

The city of St Louis, Missouri integrated its public swimming pools in June, 1949. The experiment was short-lived. 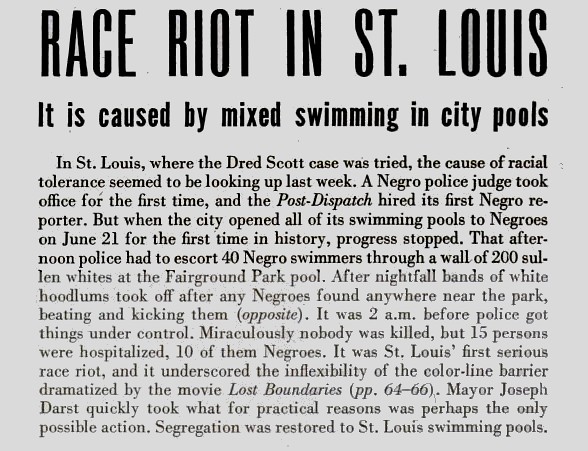 When I was five, my grandfather waded into a creek I was playing in and yanked me out. Some black kids my age had followed me into the water. “You’ll catch a disease,” he explained. This was in my home town of Cape Girardeau, Missouri, probably a year or two after the swimming pool riots up the river in St Louis.

A decade and a half later, during Freedom Summer, groups of black and white protesters attempted to integrate segregated swimming pools around the country. This is what happened in June 1964 at the Monson Motor Lodge in St Augustine, Florida. Yes, that’s acid. 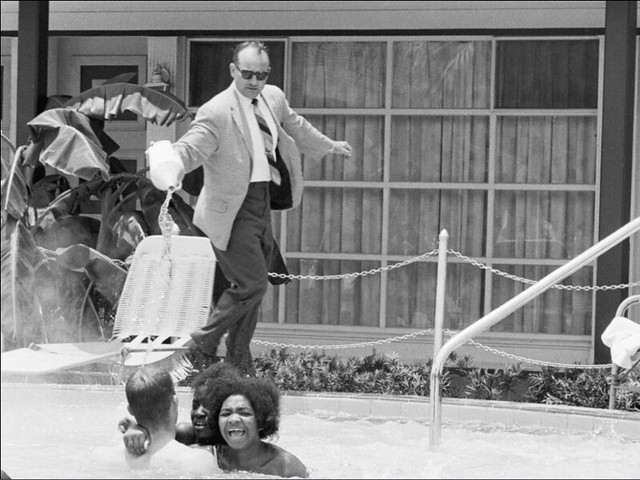 Fears that black people would somehow infect the water they swam in were common back then. Thank goodness we know better these days. 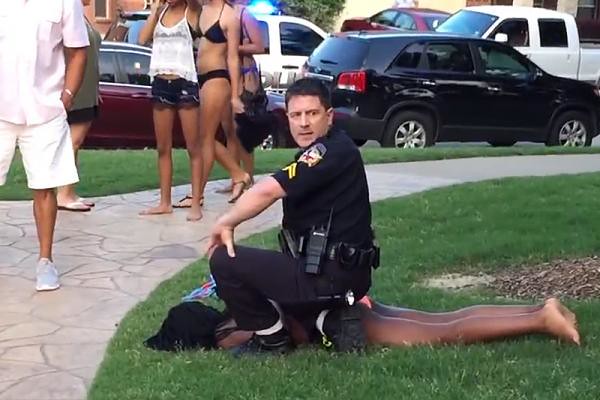 Who knows what that 15-year-old girl and her friends did to the water in the Craig Ranch swimming pool last weekend? Best to be safe. Here’s the same pool yesterday. Wanna bet the “treatment” involves acid? 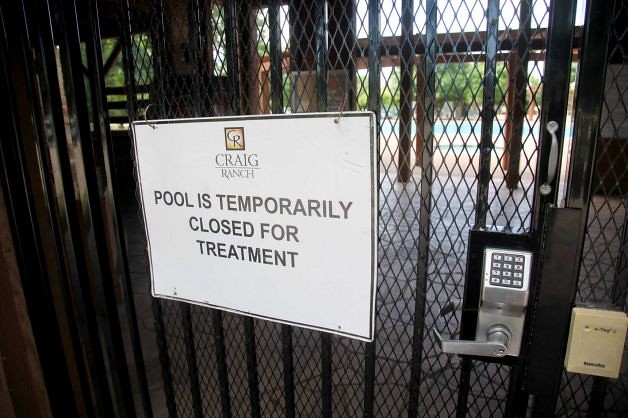 3 thoughts on “The Last Barrier to Racial Integration”